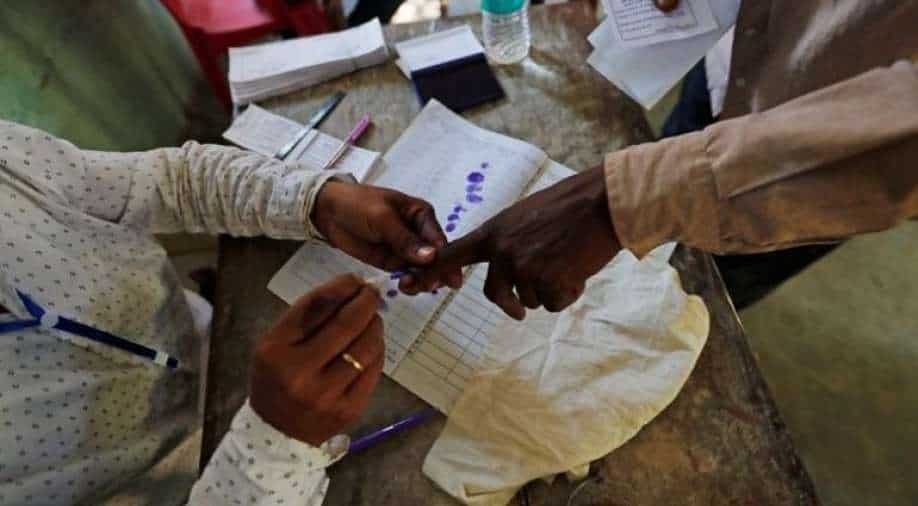 The polling is being carried out for 55 seats in Uttar Pradesh and 40 in Goa (representative image). Photograph:( Reuters )

Voting has started in Indian states of Uttar Pradesh (UP) and Goa on Monday.

The polling is being carried out for 55 Assembly seats in UP and 40 seats in Goa.

It is the second phase of the Assembly elections in UP and is being held in nine districts. In this phase, around 586 candidates are in the fray. The elections are being conducted for seats spread across Bareilly, Moradabad, Sambhal, Saharanpur, Bijnor, Amroha, Budaun, Rampur and Shahjahanpur.

Polling is being done in seven phases in Uttar Pradesh. Additional Chief Electoral Officer Brahmdev Ram Tripathi said all the necessary arrangements have been made to ensure free, fair, transparent and Covid-safe polling.

In Goa, 301 candidates are contesting polls, the officials said. For the convenience of female voters, over 100 'all-women' polling booths have been set up in the state.

The voting began at 7 am and will end at 6 pm. In the coastal state, the elections are being held in a single phase, the officials said. Around 11 lakh people are eligible to cast votes in the state.

The results of the elections will be declared on March 10.