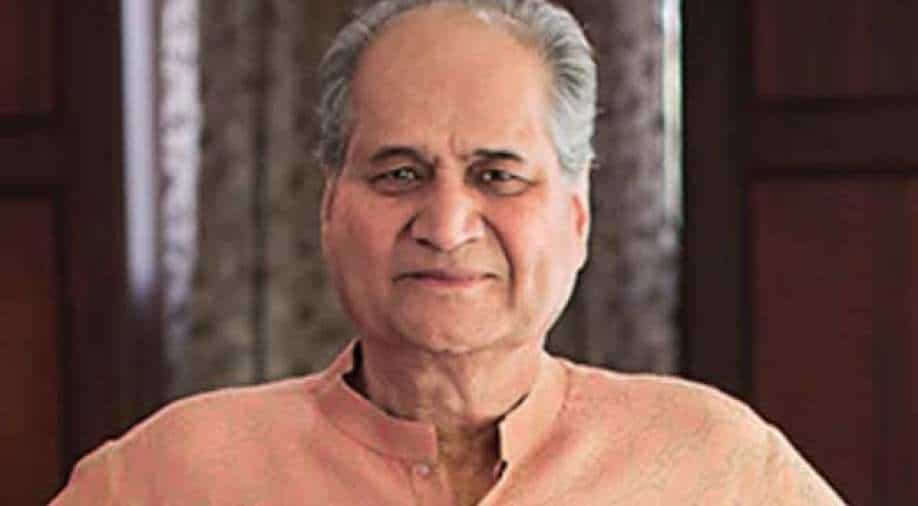 The last rites of former Bajaj Group chairman, Rahul Bajaj, were performed in Pune on Sunday with full state honours in the presence of representatives of India Inc, politicians and workers of Bajaj group who bid a final adieu to the veteran industrialist.

The last rites were performed by Rahul Bajaj's sons Rajiv and Sanjiv at the electric crematorium at Vaikunth Smashanbhoomi in Pune city.

Bajaj, the Chairman Emeritus of the Bajaj Group, breathed his last in a private hospital here on Saturday due to illness. He was 83.

Earlier in the day, Bajaj's mortal remains were kept at his residence in Akurdi near Pune for the last 'darshan'.

Bajaj's mortal remains were then taken in an ambulance to the crematorium, located around 20 km from Akurdi.

Bajaj was the man behind the iconic 'Bajaj' brand that grew with the aspirations of the middle class in a pre-liberalised India.

Bajaj was the recipient of many awards, including the Padma Bhushan from the government of India. He was a member of the Rajya Sabha from 2006 to 2010.

"Passing away of Rahul Bajaj, who was a strong nationalist, a leader of 'swadeshi', a fearless industrialist and lively person, has caused an irreparable loss to the nation. He will continue to be an inspiration for generations to come. May God bless his soul and give strength to his family to bear the loss," Ramdev tweeted.