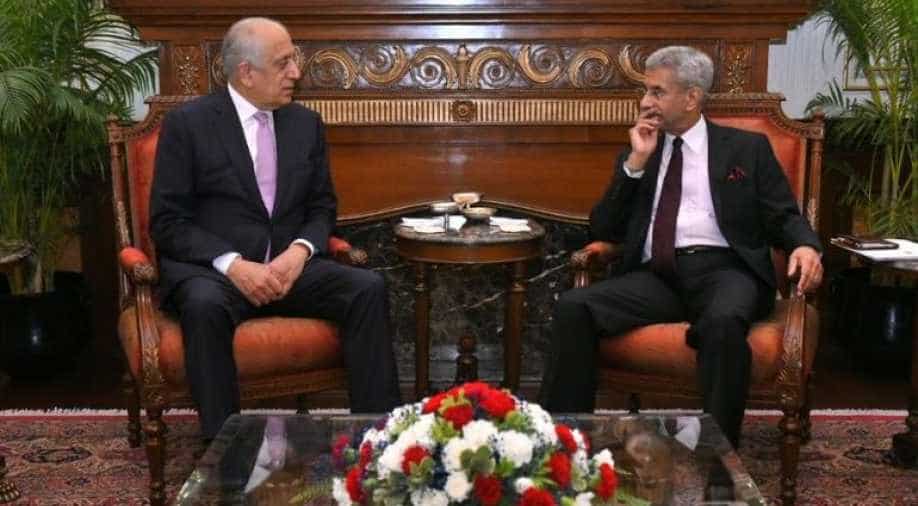 The ministry of external affairs said both sides held "useful discussions" with EAM Jaishankar tweeting, they "shared views on how we could work together effectively".

US has backed the Indian role in the Afghan Peace Process. In a tweet, the visiting US special representative on Afghanistan Zalmay Khalilzad said, "India has an important role to play in helping deliver & sustain a durable peace in Afghanistan."

He met India's external affairs minister S Jaishankar in Delhi on Tuesday and had a detailed discussion on the Afghan Peace Process with both sides briefing each other on their views respectively.

The ministry of external affairs said both sides held "useful discussions" with EAM Jaishankar tweeting, they "shared views on how we could work together effectively".

This is the third visit by Khalilzad to India in 2019 and comes even as Afghan Peace Process gathers pace.

Zalmay came directly to Delhi from Doha where he held the 8th round of talks with Taliban and it is expected that a deal might happen soon between them both that can pave way for the American troops to leave the landlocked South Asian country. Taliban expects the deal to be signed between Eid that begins from August 11 to August 14.

Before leaving for Delhi, Zalmay in a tweet said, "My team and Taliban representatives will continue to discuss technical details as well as steps and mechanisms required for a successful implementation of the four-part agreement we've been working towards since my appointment. Agreement on these details is essential".