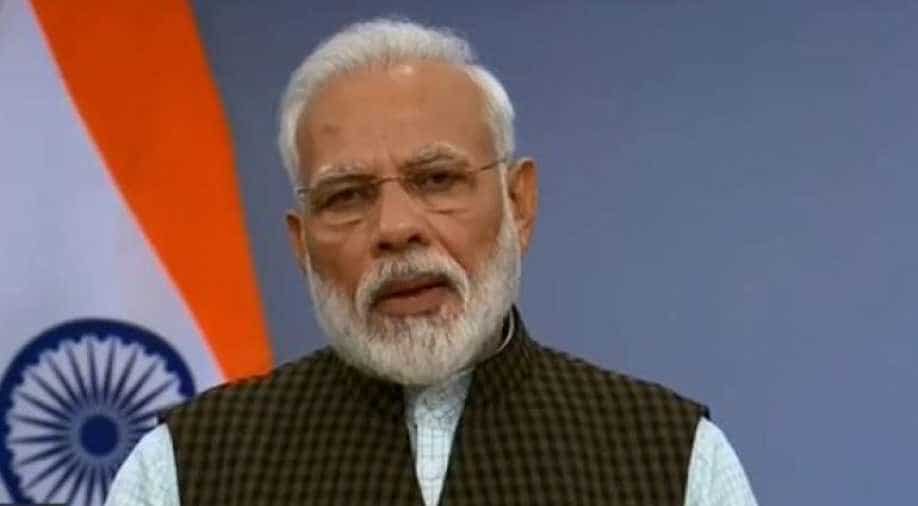 PM Modi stressed the importance of all-round development in India-Japan relations for the benefit of the people of two nations, as well as the region and the world.

India's relationship with Japan is a key component of its vision for peace, stability and prosperity in the Indo-Pacific region, Prime Minister Narendra Modi said on Saturday, ahead of the inaugural meeting of the India-Japan Foreign and Defence Ministerial Dialogue (2+2).

The Prime Minister made the remarks during his meeting with Japan's Foreign Minister Toshimitsu Motegi and Defence Minister Taro Kono, the Ministry of External Affairs (MEA) said in a statement.

The two Japanese ministers are on a day-long visit to India and are leading a delegation to the 2+2 ministerial dialogue.

The Prime Minister welcomed the visiting ministers and expressed his satisfaction at the two sides accomplishing 2+2 dialogue which was proposed during the 13th India-Japan Annual Summit held in Japan in October 2018.

"Prime Minister added that India's relationship with Japan was a key component of our vision for Indo-Pacific for peace, stability and prosperity of the region, as well as a cornerstone of India's Act East Policy," the statement read.

He stressed the importance of all-round development in India-Japan relations for the benefit of the people of two nations, as well as the region and the world.

He mentioned that regular high-level exchanges between the two countries was a testimony to the depth and strength of the relationship.

Modi said that both he and Prime Minister Shinzo Abe attach great importance to strengthening the bilateral partnership between the two countries, and conveyed that he looked forward to welcoming Abe to India for India-Japan Annual Summit next month.