The battle of Bhima-Koregaon and its significance 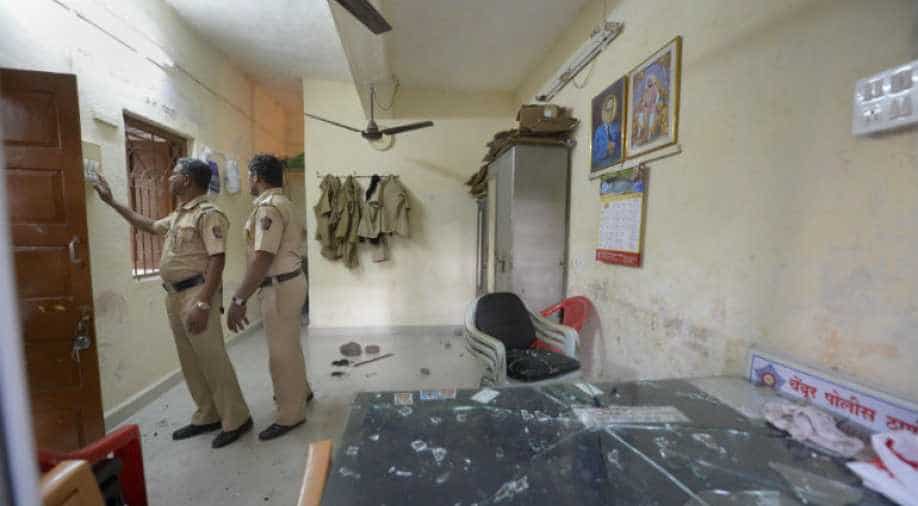 Cops inspect a police station vandalised by Dalit groups in protest against the violence in Bhima Koregaon, in Mumbai on Tuesday. Photograph:( PTI )

Dalits in Maharashtra are up in arms after violence at an event to mark the 200th anniversary of the Bhima-Koregoan battle. The violence brought to fore simmering caste tensions after a statewide bandh call given by Dalit outfits.

But what is the Bhima-Koregaon battle? We take a look.

The battle was fought on January 1, 1818 - 200 years ago - between the British East India Company and the army of Peshawa Bajirao II along the banks of Bhima river, which passes through Koregaon-Bhima town in Maharashtra. The Peshawas had planned to attack Pune, but were intercepted by the British forces. The Company army, though less in numbers, held against the Peshawas long enough for the reinforcements to arrive.

The Peshawas ultimately withdrew and the British won the Anglo-Maratha war. It is widely believed that the Mahar community - then considered untouchable - played a key role in East India Company's win.

Many Dalit thinkers consider this battle as significant in the history of the community which faced oppression at the hands of the Peshawas, who were Brahmins.

So, to mark the 200th anniversary of the battle of Koregaon, many Dalits on January 1 gathered around the victory pillar erected by the British at Koregaon-Bhima - 40 kilometres from Pune - to commemorate their victory. Soon, violence broke out and many vehicles were torched. One youth was also killed.

Incidents of violence were reported from many parts of Maharashtra, including Ahmednagar, Jalgaon, Nagpur, Dhule, Beed, Akola, Nashik, Pune, Solapur, Thane and Palghar as Dalits protested against Monday's incidents in Koregaon-Bhima.

Many prominent Dalit outfits, including Bharipa Bahujan Mahasangh, a party headed by BR Ambedkar's grandson Prakash Ambedkar, called for a 'Maharashtra bandh (shutdown)' on Wednesday to express anger over violence.