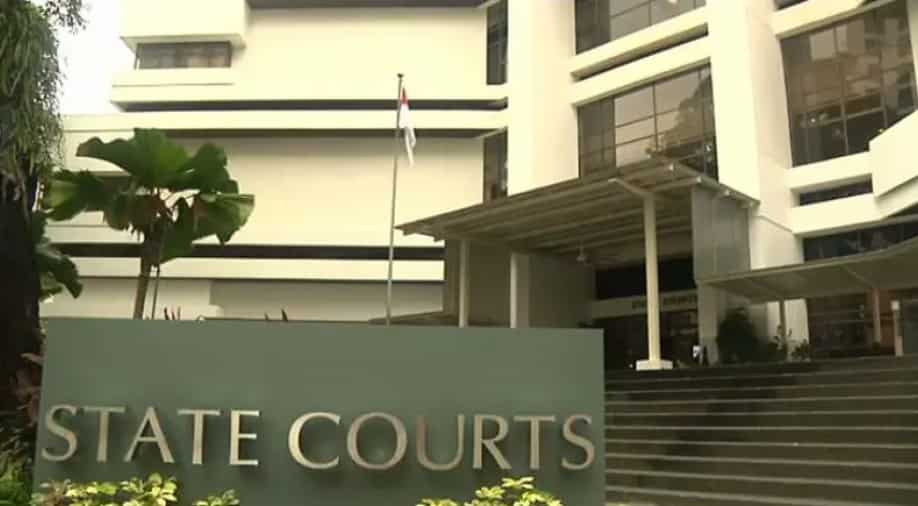 Ravi Sinathamby Subramaniam, who prosecutors said continues to be a menace to the society due to his involvement in a long list of offences spanning decades, committed the offences over two days last month, reported Channel News Asia.

An Indian-origin man in Singapore has been sentenced to seven months in prison for verbally abusing the police who were urging compliance with the measures enforced during the coronavirus lockdown.

Ravi Sinathamby Subramaniam, who prosecutors said continues to be a menace to the society due to his involvement in a long list of offences spanning decades, committed the offences over two days last month, reported Channel News Asia.

Ravi Subramaniam pleaded guilty to two charges of verbally abusing police and health officers, and a third charge of threatening to "break" the faces of three health officers.

Another five charges were taken into consideration for the sentencing.

The 53-year-old accused first went to a convenience store where he stood in the queue, holding an open can of beer and reeking of alcohol while complaining loudly about why the queue was not properly organised.

When the police spoke to him, he turned aggressive and spoke loudly to them, trying to leave and refusing to cooperate, drawing a crowd. He hurled abuses at the police and was arrested.

He reoffended four days later at a coffee shop. When approached by a health officer enforcing safe-distancing measures as he was wearing his face mask over his chin and not over his nose and mouth, Ravi turned aggressive.

He cursed at the officers, and threatened them of breaking their face.

The prosecution had pushed for at least 10 months' jail, saying that the case presents an important opportunity for this court to send a clear message that such conduct against frontline officers in the coronavirus fight will not be tolerated.

Ravi, who was unrepresented, apologised to the court, to the civil servant and to the government.

The judge also directed a session for Ravi to be given counselling for his underlying behaviour and for treatment plans to be formulated.