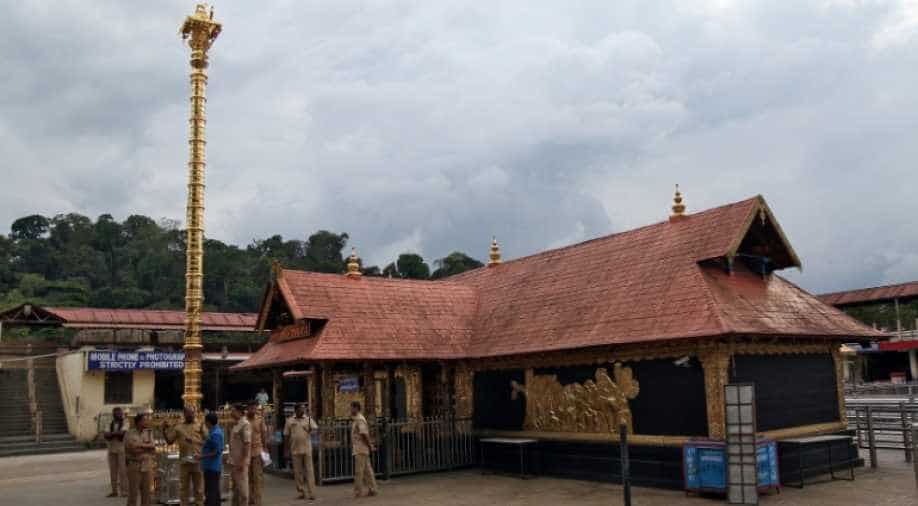 Following the entry of both women, the temple has been shut for purification rituals.

Two women in their 40s entered Sabarimala temple on Wednesday and offered prayers at the main shrine. The incident has been confirmed by Kerala chief minister Pinarayi Vijayan.

Speaking to media CM Vijayan said, "Today, two women entered Sabarimala temple. We had issued standing orders to police to provide all possible protection to any woman who wants to enter the temple."

Kerala Chief Minister Pinarayi Vijayan: Today, two women entered #SabarimalaTemple. We had issued standing orders to police to provide all possible protection to any woman who wants to enter the temple. pic.twitter.com/GdfS2BEi6i

According to reports, the women -- identified as Bindu and Kanakdurga -- trekked to the hill shrine early Wednesday. They offered their prayers at 3:45 am.

The video posted by news agency ANI showed them entering the shrine, wearing black clothes, with their heads covered.

Meanwhile, Travancore Devaswom Board (TDB) president A Padmakumar said he had no information about the women offering prayers at the temple.

TDB officials have been asked to view CCTV footage to verify their claim.

The temple authorities have shut the temple following the entry of both women, purification rituals have been called for.

Kerala's #SabarimalaTemple shut for purification rituals. Two women devotees in their 40's had entered the temple in the early morning hours today. pic.twitter.com/jMefTpCsCE

Bindu, a college lecturer and CPI(ML) activist from Kozhikode district's Koyilandy, and Kanakadurga, a civil supplies employee from Angadipuram in Malappuram, had come to Sabarimala on December 24 after 11 women activists of a Chennai-based outfit were prevented from reaching the shrine and chased away by devotees chanting Ayyappa mantras.

On Tuesday, lakhs of women from various walks of life -- writers, athletes, actors, politicians and techies, government officials and homemakers -- formed a 620km human wall as they stood across the highways crisscrossing through the 14 districts in the state as part of a state-sponsored initiative to uphold gender equality.

The temple had witnessed protests from frenzied devotees over the entry of women in the 10-50 age group in the shrine after the CPI(M)-led LDF government decided to implement a Supreme Court order allowing women of all age to offer prayers there.

The main opposition Congress-led UDF and the BJP has been opposing the entry of young women, saying they are with the devotees.