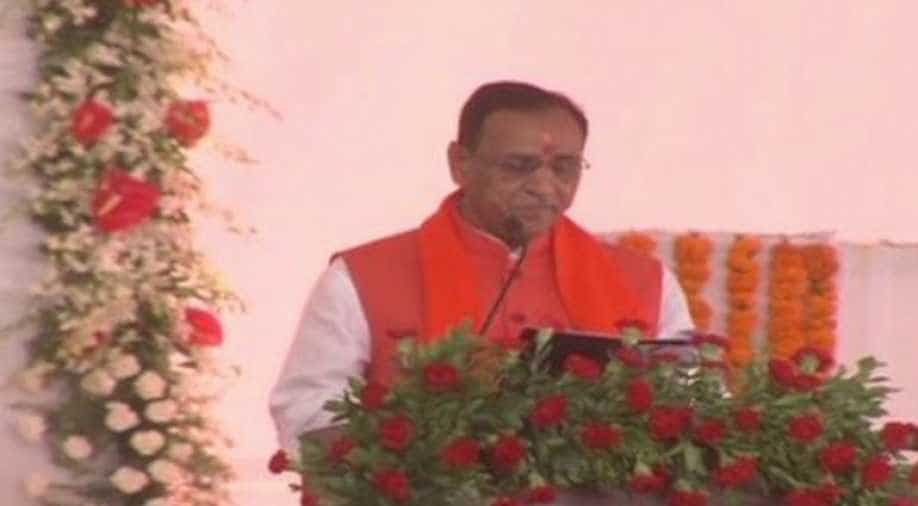 A total of 20 ministers, including Rupani and deputy CM Nitin Patel, will take the oath of office. Photograph:( ANI )

Vijay Rupani was sworn in the chief minister of Gujarat on Tuesday morning.

Nitin Patel was sworn in as his deputy.

A total of 20 ministers, including Rupani and Patel, will take the oath of office today.

Prime Minister Narendra Modi with Bihar CM Nitish Kumar at swearing in ceremony of Gujarat CM and others in Gandhinagar pic.twitter.com/4s2GAYab8D

The BJP won the recent Gujarat elections after a long and bitter campaign.

While the win in the end was comfortable, the BJP won 16 fewer seats than it did the last time.

That commentators say could mean that the BJP will have a tougher fight on its hands in the 2019 general elections.