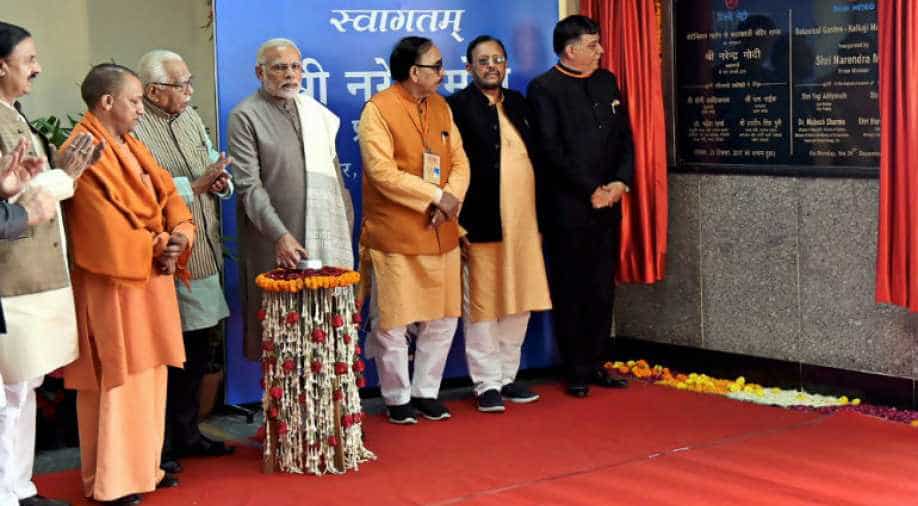 Prime Minister Narendra Modi on Monday inaugurated a part of Delhi Metro's Magenta Line which will connect Botanical Garden in Noida to Kalkaji in south Delhi. And accompanying him was Uttar Pradesh Chief Minister Yogi Adityanath.

Adityanath's presence at the metro inauguration function was being highlighted by the media due to 'Noida jinx', a superstition that any chief minister who visits Noida, ends up losing his position.

Today, as he addressed a rally in Noida after inaugurating the Magenta Line, PM Modi congratulated Yogi Adityanath for breaking the 'Noida jinx'.

"I want to congratulate Yogi Adityanath, he is focussing on the all-round development of Uttar Pradesh. His (saffron) clothes might create confusion that he is old school, but just by being here, Yogiji has proved that there is no place for such myths in a developed society," PM Modi said. "This shows his progressive thinking."

Politicians who believe that by going somewhere they will lose their CM's chair, such people don't deserve to lead a state, the PM added.

The 'Noida jinx' took root in June 1988, when then chief minister Vir Bahadur Singh was asked to relinquish office by the Centre. Interestingly, the decision was made within days of his return from Noida.