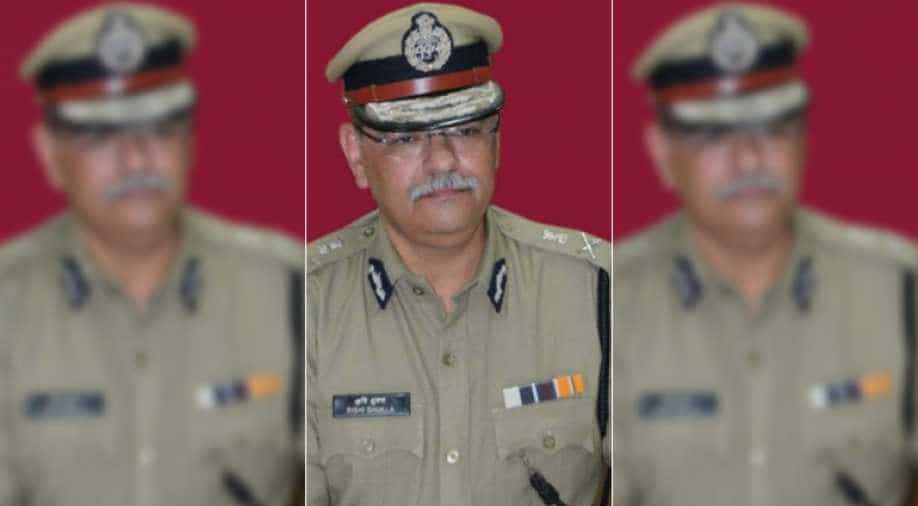 The CBI chief is chosen by a three-member panel made up of Prime Minister Narendra Modi, leader of the largest opposition party in the Lok Sabha Mallikarjun Kharge, and Chief Justice of India Ranjan Gogoi.

Rishi Kumar Shukla has been appointed the new director of the Central Bureau of Investigation.

He is at the moment chairman of the Madhya Pradesh Police Housing Corporation.

Kharge had not agreed with Shukla's appointment, citing his lack of experience in anti-corruption investigations.

Congress leader Mallikarjun Kharge in a dissent note to the Prime Minister expressed his objection over the appointment of IPS officer Rishi Kumar Shukla as the new CBI Director citing the officer's lack of experience in anti-corruption investigations. (File pic) pic.twitter.com/B8XcEfbSqc

The BJP responded saying "whatever is being said by him (Kharge) is totally unfounded and not based on facts".

"It's rather Mr Kharge who is guilty of trying to have manipulated independent assessment based criteria, in order to accommodate names of his preference," said Jitendra Singh, Minister of State, Prime Minister Office.

Jitendra Singh, MoS PMO on Mallikarjun Kharge's dissent note to PM over appointment of new CBI Director: Whatever is being said by him is totally unfounded & not based on facts. For the selection of CBI Director, a very objective criteria was followed. pic.twitter.com/Y5fwZQXuLD

The CBI chief has a fixed tenure of two years, during which time he cannot be sacked or transferred.

On Saturday, the appointments committee of the Cabinet approved Shukla's appointment as the new CBI director for a period of two years.

Shukla takes over the country's premier investigative agency at a difficult time.

His predecessor, Alok Verma, was the first the CBI chief to not complete his tenure.

Verma was sent on leave after he and his deputy, Rakesh Asthana, filed charges of corruption against each other.

Verma had fought Asthana's appointment as his deputy, saying he was being investigated for corruption. But after Asthana was foisted on the agency, he filed counter-charges against Verma.

Asthana too was sent on leave a little after Verma.

Verma fought his removal in the Supreme Court, which reinstated him with curtailed powers. (He was not allowed to make any major policy changes.)

The court added that a final call on his staying or leaving would be made by a high-powered committee consisting of the prime minister, the leader of the largest opposition party in the Lok Sabha, and the Chief Justice of India or a stand-in for him.