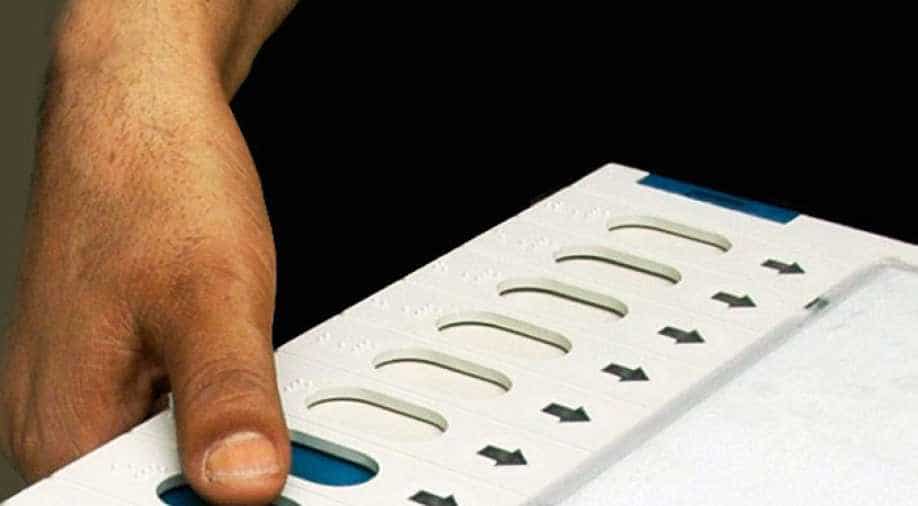 During elections, Collectors function as returning officers in their respective districts and supervise the polling process.

Madhya Pradesh's top election officer has sought a report over a purported video in which Rewa District Collector is heard asking a security official posted outside a strongroom where EVMs are kept to "shoot" anyone who doesn't listen to him and tries to breach the safety ring.

The video, which has gone viral on social media, comes amid the opposition Congress raising doubts over the security arrangement of Electronic Voting Machines used in the November 28 election and kept in strongrooms across the state.

Asked about the controversial video featuring Rewa District Collector Preeti Maithil, Chief Electoral Officer V L Kantha Rao told reporters Monday, "We have sought a report in this regard. On receiving, this report would be forwarded to the Election Commission of India."

During elections, District Collectors function as returning officers in their respective districts and supervise the polling process.

The video appears to have been shot when Maithil was inspecting the security of strongrooms along with candidates.

In the video, Maithil is heard saying she has had a long career and would not spoil it for polls or over some petty issue.

"I will not put my career at stake... You trust him (turning to a security man moving with them)...Shoot if someone doesn't listen to you (and tries to breach the security of the strongroom)," she says in the clip.

In reply to another question, Rao said the candidates would be handed over the tabulation sheet after every round of counting, which will take place on December 11, to dispel any doubt related to vote count.