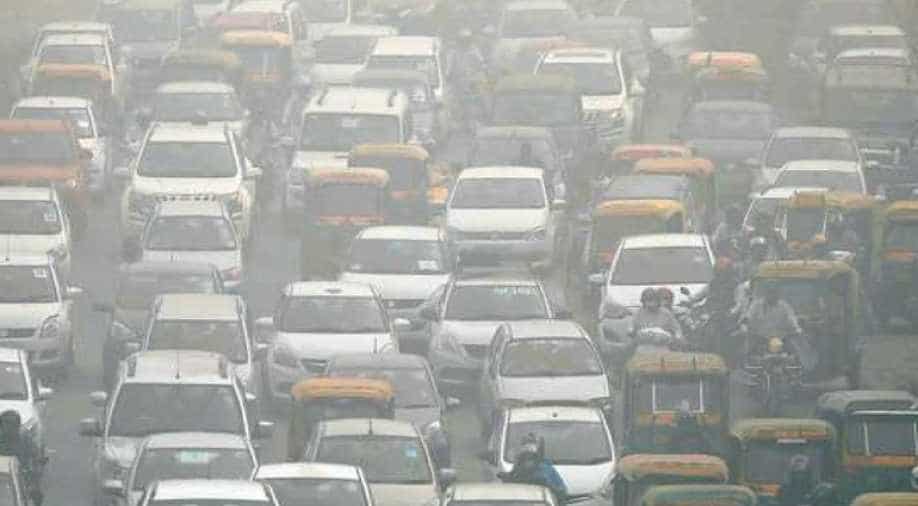 The National Green Tribunal today refused to exempt women and two-wheelers from the Delhi government's odd-even car rationing scheme and directed it to ensure that over 10-year-old diesel vehicles be taken off the roads without delay.
The tribunal, which expressed concern over the high pollution level which was an "environmental and health emergency", said the city should "not gift infected lungs to its children."A bench headed by NGT Chairperson Justice Swatanter Kumar also asked the Aam Aadmi Party government here to identify the most polluted areas today itself and sprinkle water from high rise buildings.

The bench, however, allowed non-polluting industries who manufacture essential goods to operate.During the hearing, the NGT also asked what the states of Punjab, Haryana and Uttar Pradesh doing other than blaming each other. "What are UP, Haryana, and Punjab doing? All of you are just blaming each other. You cannot just shift blame," it said.The Delhi government withdrew its plea as the NGT was not convinced with its submission that the city did not have adequate public transport to cater to over 25 lakh commuters.

Regarding functioning of industries in the National Capital Region (NCR), the bench said: "we clarify that industries manufacturing essential commodities like eatables have been exempted from the prohibiting orders of the NGT."We also direct that the industries whose emissions are within the prescribed parameters and which are non-polluting and compliant to the directions can operate subject to verification."

It also allowed the construction work of the Eastern Peripheral Expressway in the NCR, which will bypass Delhi on the eastern side, subject to an assurance by the senior-most officer of the National Highway Authority of India (NHAI) that no pollution would be caused.
The tribunal noted that as per reports of the pollution control committees, two-wheelers caused greater pollution, and according to Central Pollution Control Board (CPCB) and Delhi Pollution Control Committee (DPCC), approximately 30 percent pollution was caused by them.

"If you permit 68 lakh two-wheelers to ply, what will be the extent of the pollution? You said thousands of buses were ordered but have not got a single bus yet. You wait for a crisis," the bench said.
Expressing anguish over the plea seeking permission to exempt women drivers from the odd-even scheme, the NGT asked "are you (Delhi government) not responsible for the safety of ladies who do not have cars and travel by metros and buses on a daily basis? Why can't you have a special ladies buses?"
Noting that particulate matter (PM) 10 was higher than 900, it said, "You (Delhi government) are sprinkling water in trees. What you are supposed to do is to climb a multi-storeyed building and sprinkle water using fire equipment."

The bench, in the meanwhile, directed the Ministry of Environment and Forests, GNCT of Delhi, Transport department and pollution control boards to coordinate with each other in order to control pollutants in the air and take steps in accordance with its orders.
The NGT had on November 11 given a conditional nod to the AAP government's decision to implement the odd-even scheme for five days from November 13, ordering that no exemption should be allowed to "any person or officer and two-wheelers".

The government had then scrapped its plan to implement the odd-even vehicle rationing scheme after NGT said there will be no exemption for women, two-wheelers, and government servants.
The NGT had said the odd-even scheme should be implemented "without any default" as and when the PM10 level goes above 500 microgrammes per cubic meter and PM 2.5 level crosses the limit of 300 microgrammes per cubic meter during a span of 48 hours.