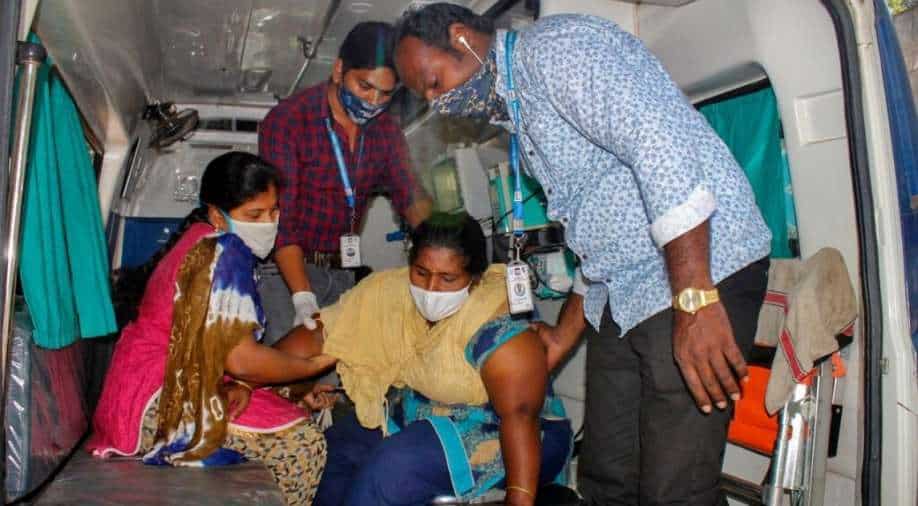 The AIIMS experts who conducted a preliminary examination of blood samples made out that lead and nickel particulate matter could be the root cause of the mysterious disease, which has claimed one life and left over 561 people sick

Lead and nickel content in drinking water and milk was primarily established as the root cause of the mysterious disease in Eluru city of Andhra Pradesh, which so far claimed one life and leftover 500 people sick.

Based on the preliminary findings of the expert teams from AIIMS and other state and central institutions, health officials presented a report to chief minister Y S Jagan Mohan Reddy here on Tuesday.

E-Coli in water was found to be normal while culture test of cerebral spinal fluid turned negative for known viruses and bacteria, an official report said here on Tuesday.

However, a comprehensive report on the causative agents that triggered the disease outbreak could come out only in about a week even as teams from different agencies and institutions went about collecting samples of water, food and blood for a detailed analysis of possible carcinogenic residues.

The AIIMS experts who conducted a preliminary examination of blood samples made out that lead and nickel particulate matter could be the root cause of the mysterious disease, which has claimed one life and left over 561 people sick.

Hundreds of people have been treated for mystery illness in a southern Indian town, with one doctor ruling out "mass hysteria" at a time nerves are already frayed because of the coronavirus.

Officials said nearly 500 people have been treated -- with most swiftly recovering -- but the death of a 45-year-old man at the weekend was attributed to the mystery disease.

"Some people are saying that it is mass hysteria but it is not," said A.S. Ram, a senior doctor at Eluru government hospital.

He said most victims had suffered genuine symptoms, but "we are unable to diagnose what is causing it".

Other officials pinpointed a possible role of chemical additives in pesticides, while residents have highlighted a problem with garbage and feral pigs.

They released a report on Monday which said symptoms included "epilepsy for 3-5 minutes, forgetfulness, anxiety, vomiting, headache and back pain."

The government has sent doctors from the National Institute of Virology, National Centre for Disease Control and the All India Institute of Medical Sciences have been sent to investigate.

The team was collecting samples of edible oil, rice, blood and urine for analysis.

"Most of the patients are coming in with minor head injuries or a black eye as they collapsed suddenly with the seizure," Ram said.

"But within one or two hours most of them are fine."

Police constable Kiran Kumar -- who collapsed while on duty Monday -- said he had been left "scared" after being semi-conscious for more than two hours.

"My colleagues told me, I shouted something and collapsed. I injured my right shoulder due to falling on the road."

According to district officials, the illness is not spread person-to-person.

They released a report on Monday which said symptoms included "epilepsy for 3-5 minutes, forgetfulness, anxiety, vomiting, headache and back pain".