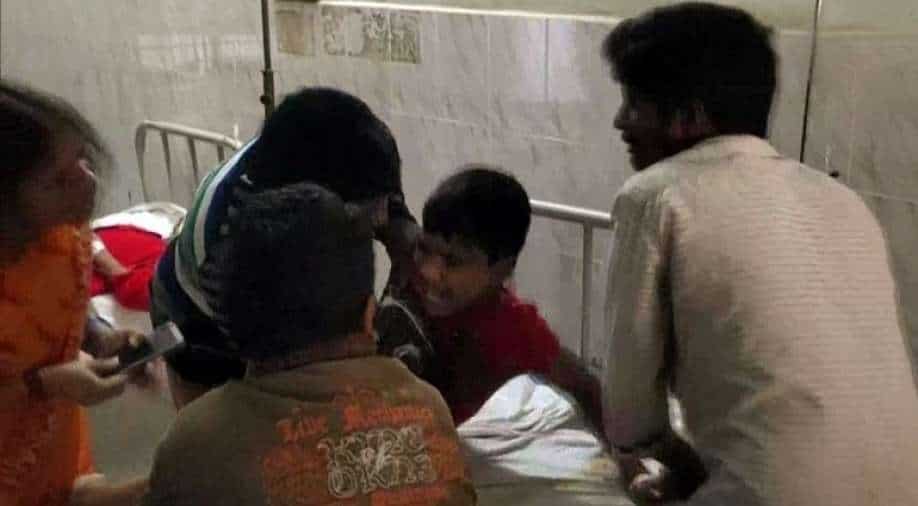 Over 240 sick in Andhra Pradesh due a mystery illness Photograph:( ANI )

A 45-year-old man, who was hospitalised early on Sunday with symptoms of nausea and epilepsy, died in the evening

Andhra Pradesh Chief Minister YS Jagan Mohan Reddy on Monday visited a hospital in Eluru and talked with those afflicted by a mysterious disease as the tally of infected patients rose to 347.

The city in the southern Indian state of Andhra Pradesh is struggling to contain this mysterious disease that has taken the life of one person and has hospitalised 292 other people as of Sunday.

Over 200 patients have returned home after getting treated while the condition of others was stable, officials said, reports news agency PTI.

A 45-year-old man, who was hospitalised early on Sunday with symptoms of nausea and epilepsy, died in the evening.

So far, it has not been found as to what caused the illness that led to people suddenly falling unconsciousness after experiencing symptoms such as fits and nausea.

Medical professional also conducted blood tests and CT (brain) scan to establish the cause of the disease.

On Monday, experts from the National Institute of Nutrition and Indian Institute of Chemical Technology from Hyderabad would arrive in Eluru to know about the mysterious illness, district Joint Collector Himanshu Shukla said.

Union Minister of State for Home G Kishan Reddy talked to AP Chief Secretary Nilam Sawhney and enquired about the situation and said the central government was ready to extend any possible help.