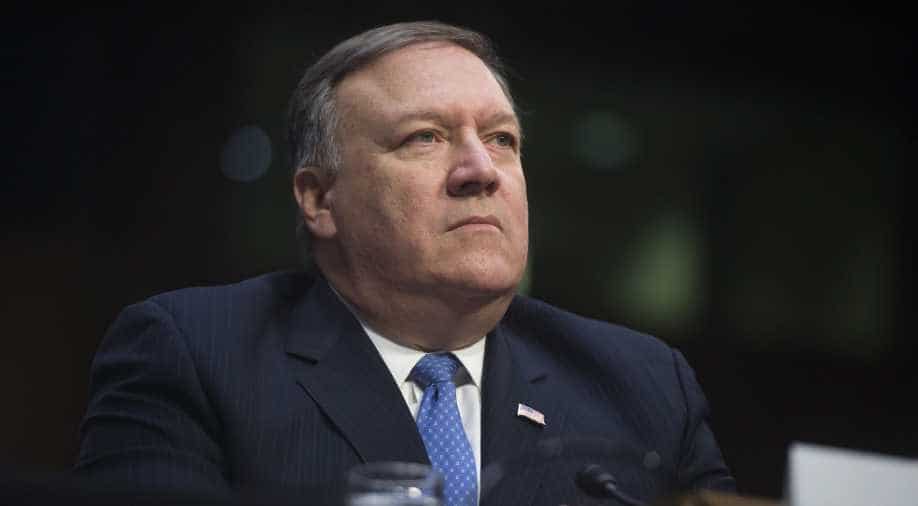 Some U.S. officials, including experienced CIA analysts, and scientists believe the victims were targeted by a foreign adversary wielding weaponized microwave radiation

The U.S. government has not determined what caused some U.S. diplomats and intelligence officers to suffer from a mysterious, debilitating affliction while they were overseas, despite devoting vast resources over more than three years to investigating it, Secretary of State Mike Pompeo said Wednesday.

Starting in late 2016, dozens of U.S. officials and family members living in Cuba and China or traveling for work in other countries, including Russia, reported contracting an illness that has become known as Havana Syndrome, based on where it first publicly emerged. The symptoms included headaches, memory loss, vertigo, nausea, bloody noses and hearing strange sounds.

Some U.S. officials, including experienced CIA analysts, and scientists believe the victims were targeted by a foreign adversary wielding weaponized microwave radiation. Russia beamed microwaves at the U.S. Embassy in Moscow in the 1970s and 1980s, and it has more recently harassed diplomats and fueled violence against U.S. soldiers.

Other U.S. officials and scientists say the injuries may be the product of a psychological illness, or even pesticides.

Pompeo, who was the CIA director before leading the State Department, said the government was still examining multiple theories in what he described as “a very complicated situation.”

“There is not yet any complete U.S. government analysis which definitively tells us precisely how these all came to be, whether they’re part of a single cohort,” Pompeo said at a news conference.

“There are significant U.S. government resources now, what, three-plus years on, devoted to getting to the bottom of this and then holding those responsible accountable — should we determine that that’s required,” he said.

Pompeo was responding to a reporter’s question about what the State Department was doing to protect diplomats, and why there appeared to be deep disparities in the response to the episode in Cuba compared to the one in China. Pompeo took umbrage at the question.

“Yeah, that question is kind of like, ‘When did you stop beating your wife?’ ” Pompeo said. “Right? Right?”

The question referred to the findings of separate investigations in The New York Times and GQ published Monday. Many U.S. government employees and family members who left China in 2018 after falling ill have had to fight the Trump administration for benefits, and some say that has led to retaliation by the government. Some victims are believed to be permanently injured.

The articles also revealed new victims — CIA officers who had recently made short trips overseas. One suspected attack took place in Moscow. In other cases, the officers were meeting with partner intelligence agencies to discuss plans to counter Russian covert operations, The Times found.

CIA Director Gina Haspel is not convinced Russia carried out attacks that caused the illnesses, officials said. Russia has denied any role.

The investigations led to some lawmakers criticizing the Trump administration over the reported mistreatment of diplomats and spies. The lawmakers are also calling for Pompeo and other top officials to stop concealing information on the suspected attacks.

Sen. Jeanne Shaheen, D-N.H., said Tuesday that the articles were “deeply troubling and should spur the Trump administration to do everything in its power to protect federal employees from these attacks and investigate the full scope of this threat.”

“These findings should put an end to the foot-dragging, evasiveness and obstruction at the State Department to deliver benefits to all of these injured federal employees and their families, and get to the bottom about what happened,” she added.

A half-dozen U.S. officials told The Times that the Trump administration’s responses to the suspected attacks varied based on political considerations.

In Cuba, where President Donald Trump sought to undo President Barack Obama’s rapprochement, the State Department withdrew all but a handful of U.S. diplomats. It also expelled Cuban diplomats from the United States.

But the administration took a softer approach in China as Trump pursued a trade agreement with Xi Jinping, the authoritarian leader whom the president praises. And Trump has also tried strengthening ties with President Vladimir Putin of Russia.

On Wednesday, Pompeo said “there were no politics attached to this” and it was “patently false, clearly false, unambiguously false” that the administration’s responses to the episodes were conditioned on political goals.

“We don’t want any country around the world to think for a moment that they can do something, and we won’t take serious action,” Pompeo said.

The State Department has refused to provide basic information to Congress about the episodes — even obscuring the number of U.S. government employees and family members affected worldwide. Lawmakers and scientists also fear the department is trying to bury a detailed report on the episodes it received in August from a committee at the National Academies of Sciences.

On Tuesday, after The Times reported on the State Department’s refusal to release the report to the public or Congress, Rep. Ted Lieu, D-Ca., said on Twitter that he had just directed aides to request the report from the department.

He wrote: “There’s no reason @SecPompeo should be hiding this information from the American people.”

Marc Polymeropoulos, a 26-year CIA clandestine officer who retired after the suspected attack in Moscow left him with constant migraines, said Wednesday that the current situation was similar to an earlier instance in which the U.S. government refused to recognize combat injuries. “This is the CIA’s gulf war syndrome,” he said.