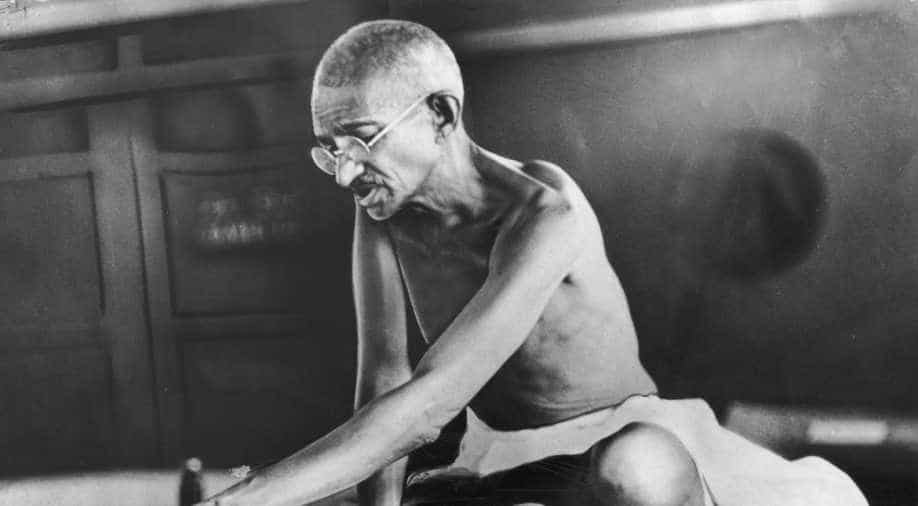 Gandhi was assassinated at a prayer meeting on 30th January 1948. Photograph:( Getty )

A lawyer by profession, he led the struggle for India's independence from the British rule by using non-violent means.

India is celebrating the 150th birth anniversary of legendary freedom movement leader and 'Father of the Nation', Mahatma Gandhi, on Wednesday.

150 years ago, the world was blessed with not just a leader, but a man who changed the global political discourse single-handedly, and whose legacy continues to shape the route undertaken by major leaders and activists.

Mohandas Karamchand Gandhi was born in 1869 in Porbandar in India's western state of Gujarat. Born to Karamchand Gandhi, the Chief Minister of Porbandar, and Putlibai. Later, he was revered as Mahatma which meant 'a great soul'.

A lawyer by profession, he led the struggle for India's independence from the British rule by using non-violent means.

Even though his real activism began in India, Gandhi started his public life in South Africa, ruled by the British, who treated Indians and the native Africans as slaves.

He organised the Natal Indian Congress in South Africa and laid the foundation for the Civil Disobedience Movement, which he used effectively to win freedom for India.

Gandhi came back to India in 1914 and fought against the British rule through a series of non-violent protests. India became independent from Britain on August 15, 1947.

After India's independence, there were widespread communal riots across the subcontinent.

Gandhi went on a hunger strike against the riots and withdrew the strike only after assurance from leaders of both the Hindu and Muslim communities.

In pics: 150th Gandhi Jayanti - 7 movies that revive our faith in Bapu’s ideologies

The assassination that changed India

On January 30, 1948, while he was going to attend a a prayer meeting at a temple in New Delhi, Gandhi was shot dead by Nathuram Godse.

Gandhi's ideologies still continue to be followed the world over. His statues can be found across India and nearly every town has at least one street named after him.

The Indian government has planned many events to commemorate Gandhi's 150th birth anniversary, who is revered immensely not only in India, but globally.