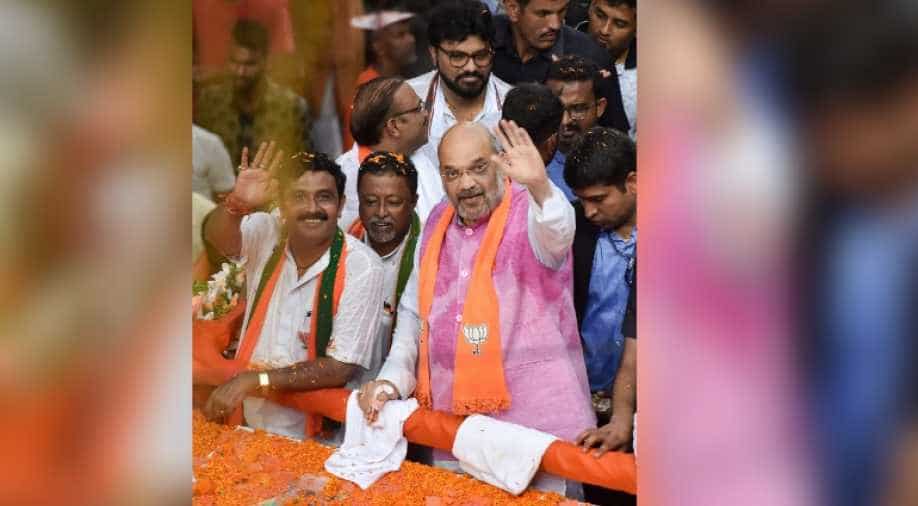 As the political tit-for-tat battle played out in the open, O’Brien alleged that central forces who have been sent on the election duty have been supporting the BJP polling agents at the polling stations.

Amid continued violence in West Bengal in the Lok Sabha elections, BJP president Amit Shah's roadshow at Calcutta University on May 14th caught everyone's attention. Amit Shah in a press conference today alleged that it would have been impossible for him to come out of the roadshow alive if the security forces hadn't shielded him.

Despite the violence, the BJP president continued the roadshow for one and a half hours on the streets of West Bengal. Meanwhile, chief minister Mamata Banerjee and PM Modi have been having heated exchanges in the poll season.

Shah's roadshow in Kolkata was attacked on Tuesday after Banerjee had asserted that TMC will take revenge against BJP, PM Modi claimed at a rally.

"Didi's (Mamata) goons carrying guns and bombs are bent upon destruction ... her government is out to destroy everything in the state. People's conviction and courage will evict the torturous rule", the Indian prime minister told a poll rally at Taki on the Indo-Bangla border in North 24 Parganas district.

"Didi is frightened by the rise of BJP in West Bengal. The people of the state had given respect to her by making her the chief minister. But power-drunk Mamata Banerjee is throttling democracy", PM Modi said.

However, TMC’s Derek O’Brien hit out at Shah claiming he had hired goons.

Derek O’Brien attacked the BJP president saying: “It is the saddest press conference that we have held in 21 years. President of BJP hired goons from outside Bengal yesterday. What happened yesterday hurts ethos of Bengal, they have hurt the Bengali sentiments by destroying the statue of Ishwar Chandra Vidyasagar, a Bengali polymath from the Indian subcontinent, and a key figure of the Bengal Renaissance.”

Parts of the city lurched into a flurry of violence as Shah's convoy was attacked with stones allegedly by TMC supporters from inside the hostel of Vidyasagar College, triggering a clash between supporters of the two parties.

Both sides put out videos to push their point of view, TMC videos showed violence being triggered by BJP cadres, on the other hand, BJP president also presented pictures of the police beating BJP participants at the roadshow.

As the political tit-for-tat battle played out in the open, O’Brien alleged that central forces who have been sent on the election duty have been supporting the BJP polling agents at the booths.

West Bengal is a key state in the present Lok Sabha elections with 42 seats on offer. BJP won just two seats here in the last elections in 2014. Early trends suggest BJP may lose 50 per cent seats in Uttar Pradesh which is being led by chief minister Adityanath.

The BJP is, therefore, eyeing a major chunk in West Bengal with at least 20 seats to fill the void and make up the deficit with results due to be announced on May 23rd after the seventh phase of polls on May 19th.