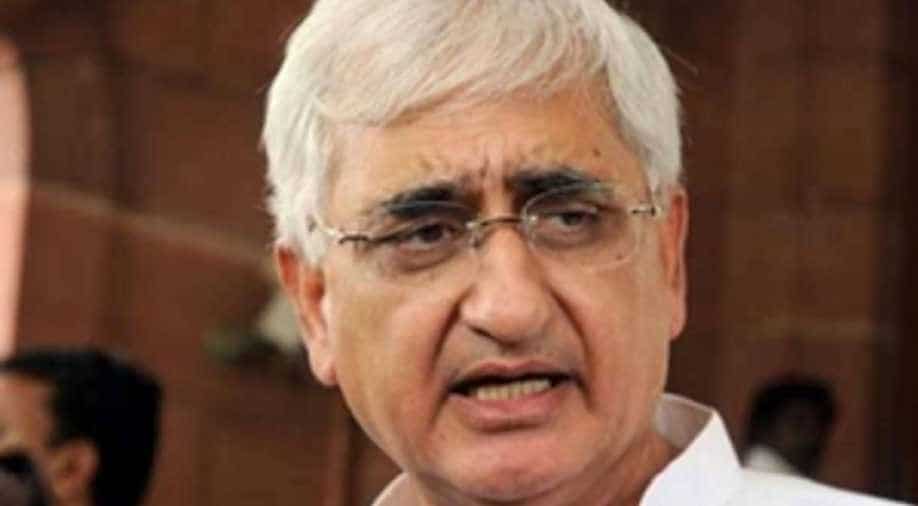 Senior Congress leader Salman Khurshid on Sunday slammed other leaders for criticising the grand old party for its dismal performance in recent elections and declining support.

Khurshid, who is considered close to the Gandhi family, said that overall support for Sonia and Rahul Gandhi is "apparent to anyone who is not blind".

"I think that is apparent to anyone who is not blind, that people are fully supportive of Congress president Sonia ji and of Mr Rahul Gandhi, who is our former president. Everybody supports them," he said.

In an interview to news agency PTI, he also said that the party's leadership "listens" to other party members and voicing out the views outside the party forums "hurts" it.

Recently, leaders and former Cabinet ministers like Kapil Sibal and P Chidambaram had said that the time for introspection is over and the party has failed to remain as the top alternative to the ruling BJP.

"Analysis is done all the time, there is no quarrel about analysis. It will be done. The leadership, of which all these people are a part, will appropriately look at what may have gone wrong, how we could have improved, and that will happen in the normal course, we needn't talk about it in the public," Khurshid added.

Khurshid also said that he agreed with the views of other leaders who have openly criticised but adds that there was no reason to air these opinions to media.

When asked that the party has still not elected its president for more than a year following its poor show in the general election, Khurshid gave examples of several parties that are running without presidents and said the process to choose party chief is being conducted and there is a good reason why the process is taking the time.

"Nobody has gone away, they are all here. The only insistence is on a label, why do you insist on a label. There is no president in the Bahujan Samaj Party, there is no chairman in the Left wing parties, only general secretaries...Every party cannot follow the same model," the senior Congress leader said.