Rahul Gandhi like a child trying to impress teacher: Barack Obama says in his new memoir 'A Promised Land' 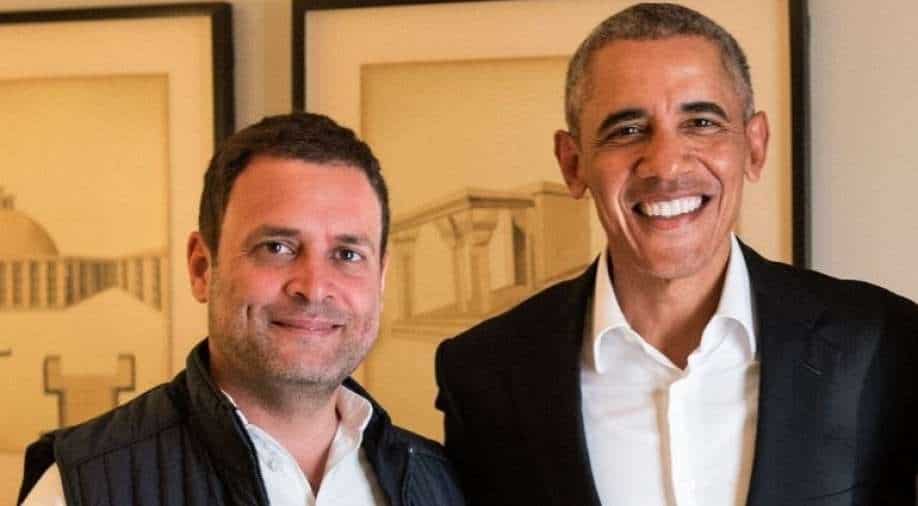 In his new memoir called 'A Promised Land', the former US President Barack Obama has opened up about several political leaders from around the world. Two of these descriptions include the Indian politician Rahul Gandhi and former Indian Prime Minister Manmohan Singh, according to the New York Times.

However, Rahul Gandhi's description was of a different category. Obama compared Rahul Gandhi to a school student who was eager to impress a teacher.

"Rahul Gandhi has 'a nervous, unformed quality about him, as if he were a student who'd done the coursework and was eager to impress the teacher but deep down lacked either the aptitude or the passion to master the subject," Obama says in his book.

Gandhi had met Obama during his India visit in 2017, and had taken to share a picture with him.

Had a fruitful chat with President @BarackObama Great to meet him again. pic.twitter.com/LCJKGBg0Qr

The Former President also talks about the Russian President Vladimir Putin calling him 'physically unremarkable'. "Vladimir Putin reminds him of the tough, street-smart ward bosses who used to run the Chicago machine. Also on Putin: "Physically, he was unremarkable"

He also talked about the 46th President-elect of the US and his former Vice President, Joe Biden saying he is "a decent, honest, loyal man who Obama senses 'might get prickly if he thought he wasn't given his due - a quality that might flare up when dealing with a much younger boss'," Obama has been quoted in The New York Times.