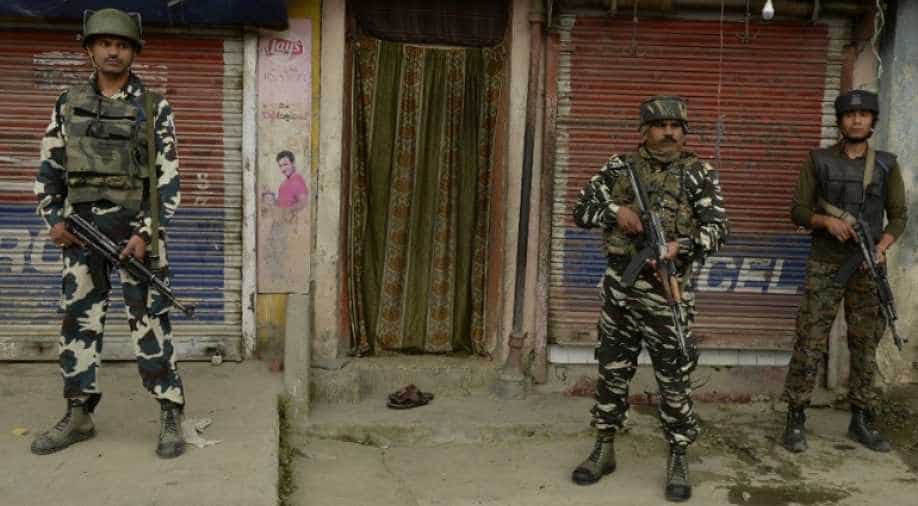 In an encounter with security forces, a terrorist was killed in Poonch district (representative image). Photograph:( AFP )

The area was soon cordoned off by the army, police and the CRPF. A search operation has been launched to nab the suspected militants.

The attack comes ahead of a visit to Kashmir of a delegation of Members of European Union Parliament.

On October 26, six personnel of CRPF sustained serious injuries after suspected terrorists lobbed a grenade at the Karan Nagar police station. According to Jammu and Kashmir Police, the information is preliminary and more details are currently awaited.