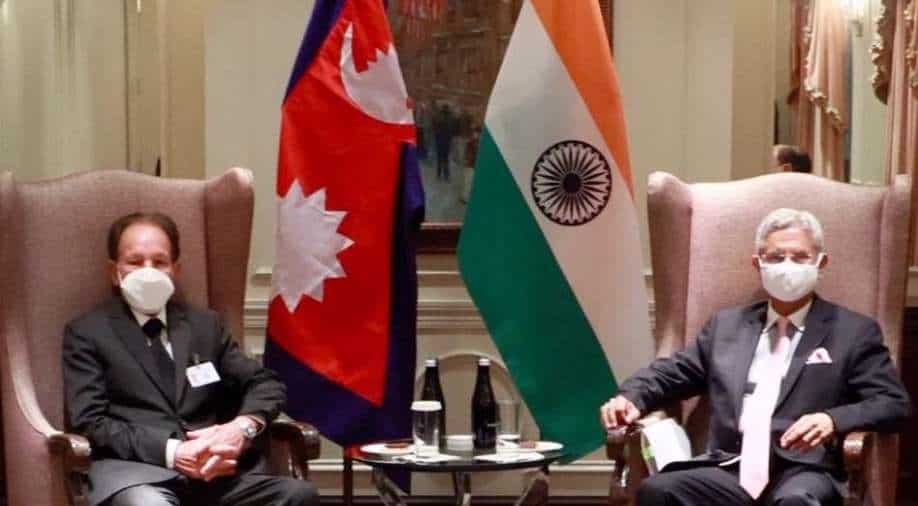 The two foreign ministers held a telephone conversation and exchanged best wishes on the occasion of New Year 2022. They also expressed the hope for a better and prosperous year ahead

Nepal Foreign Minister Dr Narayan Khadka on Thursday discussed the state of bilateral relations and views on further strengthening the ties between the two countries with his Indian counterpart Dr S. Jaishankar.

The two foreign ministers held a telephone conversation and exchanged best wishes on the occasion of New Year 2022. They also expressed the hope for a better and prosperous year ahead.

“During the conversation, the two ministers held discussions on the friendly state of bilateral relations. Matters related to the bilateral exchange of visits and the progress made in the implementation of development projects and post-earthquake reconstructions were discussed during the occasion,” Nepal Foreign Ministry said in a statement.

The Foreign Minister of Nepal thanked India for its continuous support and cooperation extended, including the fight against the ongoing Covid pandemic.

The two foreign ministers also agreed to continue their conversation on areas of cooperation between the two countries.

“Just finished a New Year call with FM Dr. Narayan Khadka of Nepal. Was an opportunity to recognize progress on so many fronts. Our Development Partnership and Covid collaboration have been noteworthy. Agreed to broaden the vistas of our cooperation,” Jaishankar said in a tweet.

Earlier in the day, the Indian cabinet led by Prime Minister Narendra Modi approved the Memorandum of Understanding (MoU) between India and Nepal for the construction of a bridge over the Mahakali river at Dharchula (India)- Dharchula (Nepal).

Khadka was scheduled to visit India, along with Prime Minister Sher Bahadur Deuba to participate in the vibrant Gujarat Global Summit, which was postponed due to the rapid spread of Omicron variant in India.

Following the development, the visit of Nepali leaders has been postponed.