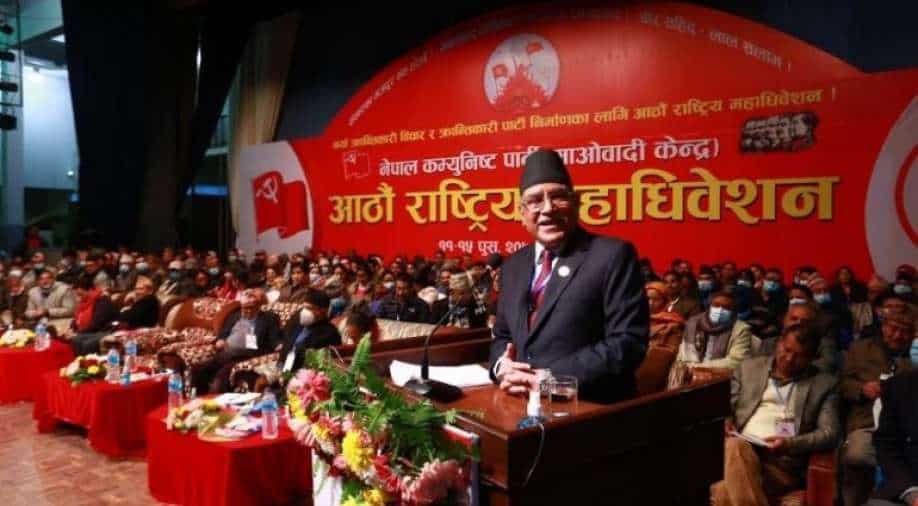 Nepal’s CPN (Maoist Centre) has pledged to fight for the protection of disputed lands including Kalapani, Limpiyadhura, and Lipulekh with India, announcing the amendment in a political document released last week.

Earlier on Monday, Dahal presented his political report titled “The Path to Socialism in the 21st Century” before the seven-member closed session.

On Wednesday, the party included a few lines demanding the “government to strengthen the spirit of nationalism by including the complete map passed by the federal parliament in the curriculum.”

This line has been included while amending the political report of the Maoists.

“This General Convention makes a special appeal to the Government of Nepal, all the political parties of the country and the stakeholders to repeal all the unequal treaties and agreements including the treaty of 1950 and to take necessary steps in the new treaty as required on the basis of universal equality and mutual benefit,” the document added.

In addition, the party has also demanded the Government of Nepal to take diplomatic initiative for action and compensation to those involved in the Darchula incident where a Nepalese man was washed away in the Mahakali river along the Indian border.

Dahal in his document has outlined the Nepali way to achieve socialism in the 21st century. He added that the party should strive to ensure identity-based federalism from three fronts, street, parliament, and the government.

The amendments in the document comes just days before Prime Minister Sher Bahadur Deuba’s visit to India. The PM is scheduled to attend the 'Vibrant Gujarat Summit' and hold meetings with his Indian counterpart Narendra Modi.

Earlier in November, a similar statement was made by former Prime Minister KP Sharma Oil during his party CPN-UML convention. He vowed to fight for Kalapani, Limpiyadhura, and Lipulekh if he returns to power.