India stands up to protest against Kathua, Unnao gang rapes 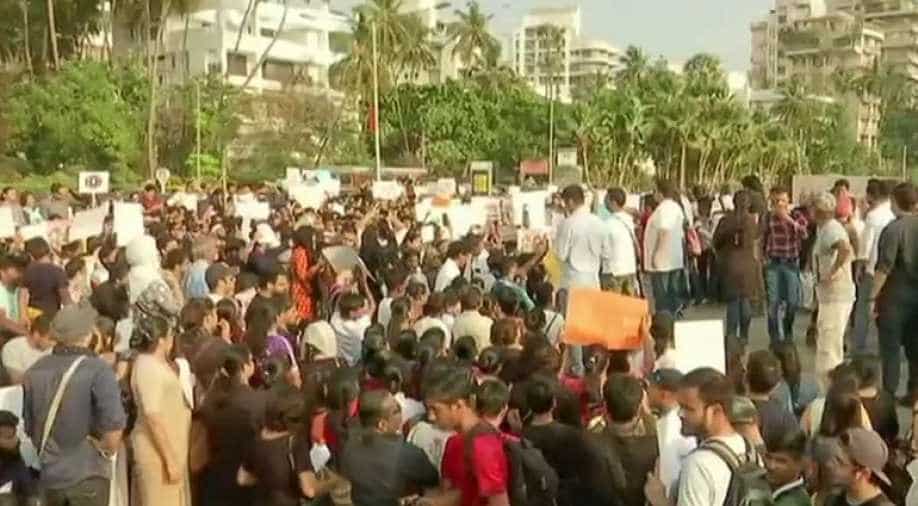 India stood up Sunday to protest the recent Unnao and Kathua gang rapes.

Protests were held in Mumbai, Delhi, Bengaluru, Aligarh, Bhopal, and Goa and Kerala.

Ekta Kapoor had earlier tweeted: "Everyone should come. Whatever religion, gender or belief you belong to. For humanity, for justice..."

The Delhi protest is being held at Parliament Street where, news reports said, Swati Maliwal, the chief of the Delhi Women's Commission, is holding a hunger strike.

The Kathua and Unnao gang rapes have left the nation in shock.

In the first attack, an eight-year-old girl was kept captive in a temple in Kathua, Jammu. The child was sedated and gang-raped repeatedly.

The alleged mastermind was a retired revenue official and policemen were allegedly involved in the crime.

The Unnao gang rape only came to light when the girl and her family tried to immolate themselves outside the residence of the Uttar Pradesh chief minister.

The girl said she had been raped by the BJP MLA from Unnao Kuldeep Singh Sengar and his associates in May 2017 but had got no justice.

The girl's father died a few days later. He was reportedly beaten by Sengar's brother in front of the police who allegedly did nothing because of the MLA's clout.

Sengar's brother has been arrested. Sengar himself was finally arrested only after the CBI took over the case.