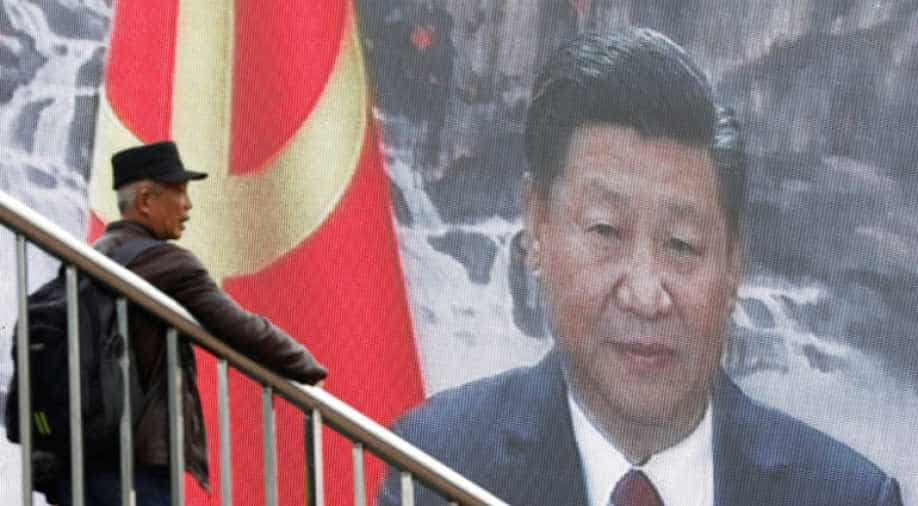 The Global Times linked its argument with the OBOR project which is President Xi's key foreign policy project aimed at boosting trade relations across Asia and Europe. Photograph:( Reuters )

China's state-run newspaper Global Times in its Op-ed piece said today that India still swears by the "outdated geopolitical strategy" and bases its "sense of security on narrow national interests."

The right-leaning newspaper pointed that India reckons regional cooperation promoted by China will bring about a zero-sum game and even "jeopardize its national security and interests, adding that in the long run it would "weaken"  New Delhi's clout because of its dwindling ties with adjacent states - in clear reference to Pakistan and Nepal which have increasingly leaned towards the communist state with the OBOR project set in full steam.

"When some powers outside the region enter and affect India's sphere of influence, more countries in the region are eager to break away with India," it said.

"As a result, the geopolitical game in the region surrounding India is likely to grow stronger," the newspaper added.

The newspaper linked its argument with the OBOR project which is President Xi's key foreign policy project aimed at boosting trade relations across Asia and Europe by building road and waterways linking countries to pave the way trade relations which is resisted by India since the road networks cut across disputed areas in PoK.

The Global Times said: "India's opposition to the Belt and Road initiative not only deprives it of an opportunity for development and shows its jealousy toward its neighbours gaining from the initiative but also reflects New Delhi's dread and delusion with China."

The newspaper said the worldview suspects  Beijing is trying to isolate India through the ambitious OBOR project, asserting that India's allegation of extending the CPEC project to Afghanistan may sound reasonable, highlighting that "India brings trouble to itself making it lose development opportunities."

The newspaper said even "Pakistan invited India" to promote the building of the CPEC in December 2016, emphasising that extending the CPEC project to Afghanistan was not intended to "undermine" India, but to enhance the economic corridor.

"The Belt and Road initiative is designed to boost international cooperation following the principle of shared growth through discussion and win-win cooperation," the newspaper said.

"Instead of pursuing a country's growth at the cost of others or damaging interests of a nation, the initiative is a new geopolitical collaborative model," the newspaper added.