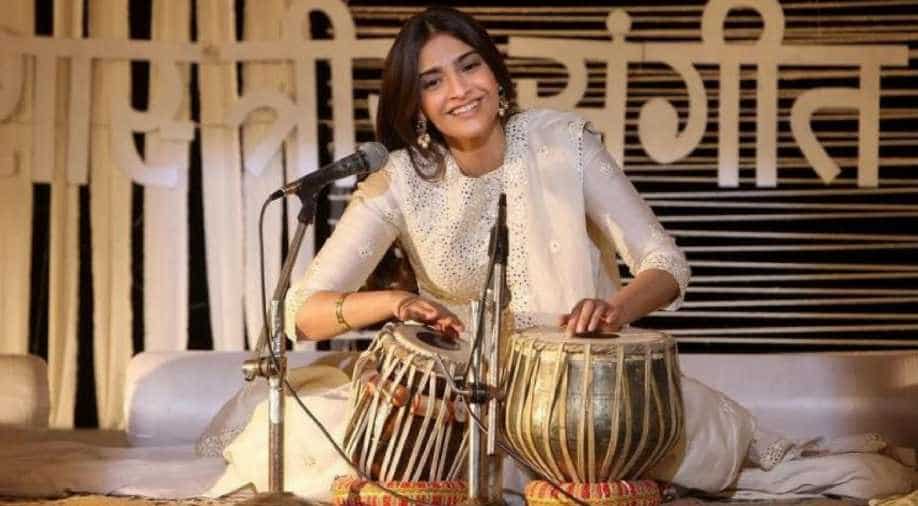 As the month of February kicks in, PadMan stars gear up for the much-awaited release of their film on February 9.

Sonam Kapoor, who plays an important role in the film shared a happy picture of herself on Instagram where she can be seen playing the tabla.

She captioned the image: "Every film gives me an opportunity to learn something new #Padman @padmanthefilm @akshaykumar @radhikaofficial"

Sonam Kapoor plays the role of a tabla player and social activist who motivates Akshay Kumar (PadMan in the film) to continue on his journey of social awareness and in bringing a social change in the rural village where the story originates from.

Speaking to a leading daily, Mukta confirmed the news and said, "As Sonam plays a tabla player in Padman, she is making time to learn the nuances of playing the instrument. Even while travelling, she takes a music book along and finds time to practice on her own. Mukta also has a small role in the film and she plays a sarangi player and trains Sonam, too."

PadMan stars Akshay Kumar in the titular role along with Sonam Kapoor and Radhika Apte.

Earlier, the film was shifted from January 25 release to February 9 after Padmaavat director Sanjay Leela Bhansali requested Akshay Kumar to postpone the release of his film.