'PadMan' to not clash with 'Padmaavat', shifts release date to February 9 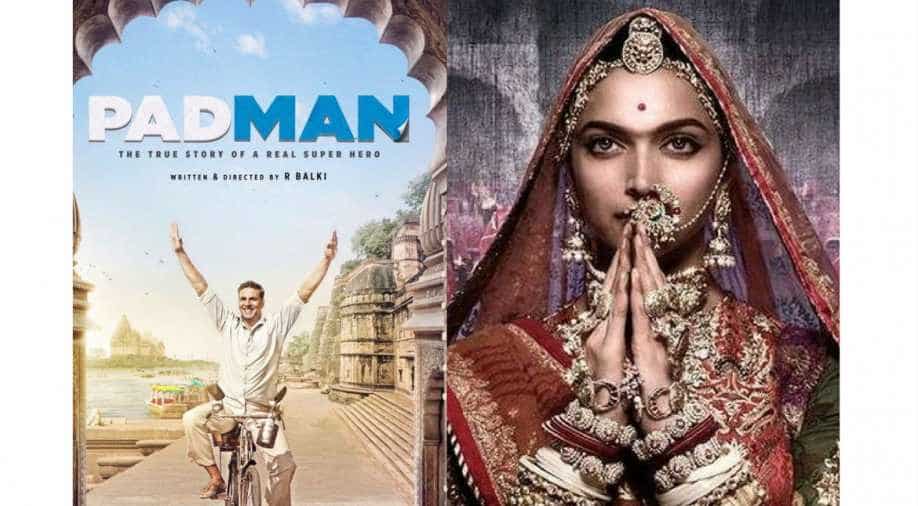 Only 'Padmaavat' will now be releasing on January 25 as 'PadMan' is shifted to February 9. Photograph:( Twitter )

In a recent turn of events, "Padmaavat" and "PadMan" will not clash at the box office on January 25.

According to a Mumbai-based fashion magazine, a source close to the film said: "Padmaavat director Sanjay Leela Bhansali met with Akshay Kumar personally to request him to postpone his film "PadMan" and to avoid a clash with his controversy-ridden film. This comes in the wake of the film already being mired in controversies due to disputed content and depiction, as cited by some fringe elements.

Keeping in mind all the difficulties that came in the way of his film, Bhansali requested Akshay to push the release date of PadMan so that Padmaavat doesn't suffer at the box-office.

Recently, the Supreme Court ruled in favour of the film refusing to stay ban on the film by state governments. The movie has been cleared by the CBFC and is scheduled to release on January 25.

PadMan, on the other hand, has had a successful pre-release run with the audience. It tells the story of Arunachalam Muruganantham, the man behind a low-cost machine for manufacturing sanitary napkins in rural India.

The film’s unusual storyline and its cast of Akshay Kumar, Sonam Kapoor and Radhika Apte led to it being projected as a sure-shot winner at the box office.

According to reports, PadMan will now clash with Sidharth Malhotra, Manoj Bajpayee’s "Aiyaary", which is also releasing on February 9.