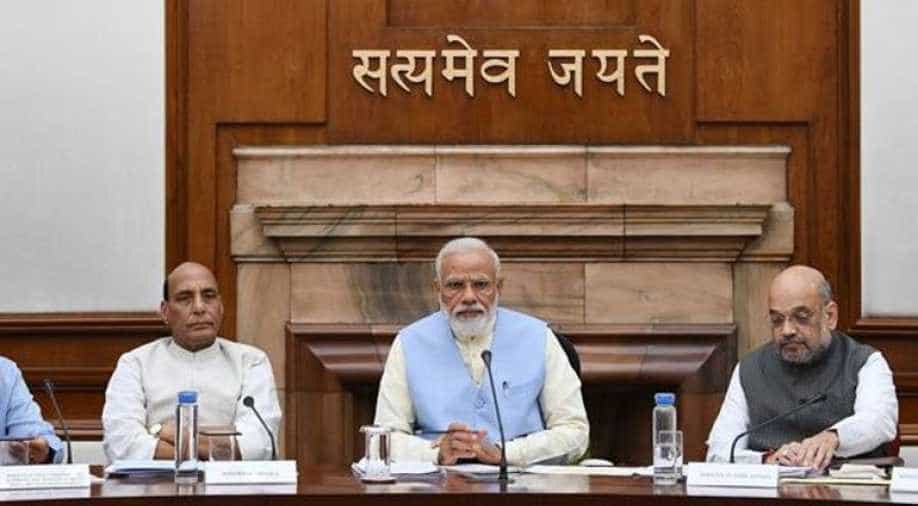 From surgical strike against corruption in the form of removal of tainted bureaucrats to clean-up of Jammu and Kashmir Bank, the Modi government has again shown its commitment and resolve to work tirelessly for the welfare of the country.

The Narendra Modi government has completed 50 days in its second stint. And this period has been hectic as well as transformative for the country.

Developments on the domestic front, the introduction of welfare schemes for farmers and a healthy environment for start-ups, traders and industry - every aspect of India's national life has seen developments happen.

From surgical strike against corruption in the form of removal of tainted bureaucrats to clean-up of Jammu and Kashmir Bank, the Modi government has again shown its commitment and resolve to work tirelessly for the welfare of the country.

The Budget presented by Nirmala Sitharaman earlier this month laid a roadmap for a US $5 trillion economy as well as for doubling farmer income. During 2019-20 to 2021-22, 1.95 crore houses are proposed to be provided to eligible beneficiaries under the Pradhan Mantri Awas Yojana - Gramin (PMAY-Rural). By 2022, the 75th year of India's Independence, the government will look to ensure that every single rural family has electricity and a clean cooking gas connection.

The Budget also gave provisions for electric vehicles and of the mission of taking electricity and cooking gas to every home.

When it comes to creating a business-friendly climate, the government has made corporate tax rate 25 per cent for companies with an annual turnover up to Rs 400 crore. This threshold used to be Rs 250 crore earlier. This will cover 99.3% of all companies. The government is also to expedite streamlining multiple labour laws into a set of four labour codes.

Zero Budget Farming will be promoted, and 10,000 new Farmer Producer Organisations (FPO) will be formed. These FPOs will help small and marginal farmers team up to get lower rates for inputs and sell produce at higher rates.

When it comes to the pro-people decisions taken by the government in the first 50 days of its second stint, the Centre has introduced labour reforms, enacted strong laws against frauds who dupe the poor, introduced death penalty for child sexual assault, and offered higher MSP for Kharif crops among other measures.

PM Modi has already made waves on the international arena as well. BIMSTEC leaders arrived to witness his swearing-in. PM Modi was one of the most sought-after leaders for pull-aside meetings in the recent G-20 Summit. He visited Sri Lanka and Maldives and showed his strong belief in 'Neighbourhood First' policy.

He strongly articulated India's position against terror at the SCO Summit and also led the world in celebrating International Yoga Day.