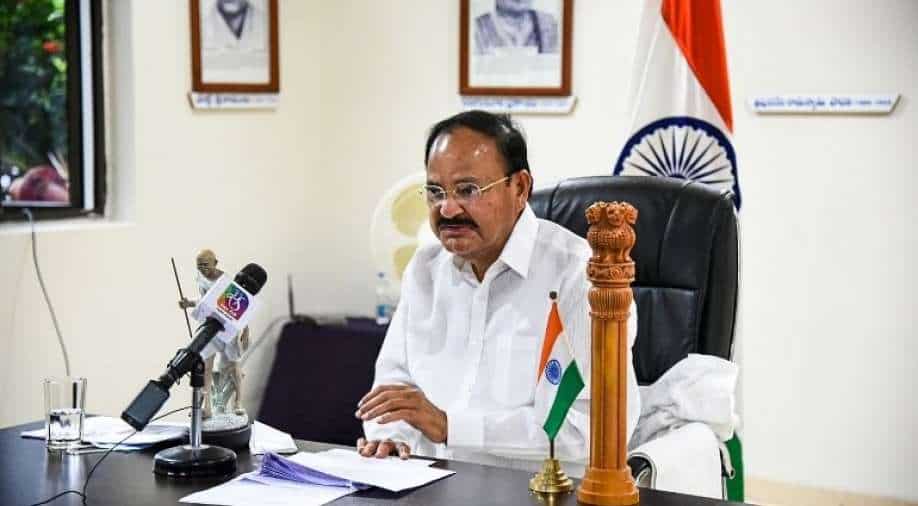 Naidu said the IIPA, as a premier institution dedicated to the theory and practice of public administration, must play a pivotal role in bridging the capacity gaps in the delivery system

Vice President M Venkaiah Naidu on Monday emphasised that good governance must percolate down to the lowest level, according to an official statement.

Presiding over the 67th annual meeting of general body of the Indian Institute of Public Administration (IIPA) here through video-conferencing, he said that the government has been making policies and designing programmes that are intended to improve the quality of life of people by fast-tracking development.

Also read | 'We welcome all students': Schools reopen after 19 months

Naidu said the IIPA, as a premier institution dedicated to the theory and practice of public administration, must play a pivotal role in bridging the capacity gaps in the delivery system, said the statement issued by the Personnel Ministry.

"IIPA is a fit organization to catalyse the new wave of governance reforms in the country," he added.

Referring to the various initiatives by the government, such as the Pradhan Mantri Jan Dhan Yojana, Ayushman Bharat and the recently announced 100 lakh crore national infrastructure master plan 'Gati Shakti', Naidu said India is clearly on a transformative path.

"We are focusing on people, their hopes and aspirations, their needs and entitlements, their duties and responsibilities. We are making each Indian an active agent of social change," he added.

The government is involving the private sector and the civil society in a big way as partners in shaping the India of tomorrow, he said.

In his address, Minister of State for Personnel Jitendra Singh said that in a landmark decision, the IIPA membership, which was earlier open only to retired officers, has now been thrown open even to the serving officers.

He said that despite the crippling effects of COVID-19, IIPA has not only being successful in conducting 66 training programme in 2020-21 and trained 8,353 officials, but it has also completed 60 research studies and conducted 46 webinars on topics of current relevance, the statement said.