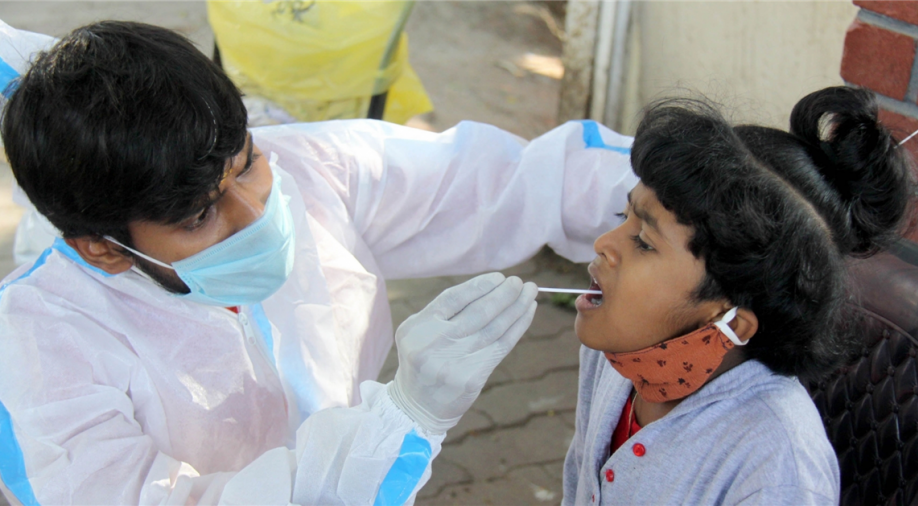 A kid being tested for COVID-19 in Bengaluru Photograph:( IANS )

Tamil Nadu's health minister informed that out of the 34 Omicron cases detected so far at least 16 patients are under treatment and 18 have been discharged.

Amid rise in Omicron variant cases, the Indian states of Uttarakhand and Kerala on Monday imposed night curfew.

On Monday, Manipur reported the first Omicron case after a person returning from Tanzania tested positive for the new variant as three Omicron cases were detected in Rajashtan's Jaipur and Udaipur.

Goa also reported the first Omicron case. The Karnataka state government also imposed night curfew from 10 pm to 5 am from December 28 until January 7.

Also Read: As India announces 'precaution dose' for some, here's all you need to know about it

In Mumbai, the virus surges continue as Maharashtra's capital reported 809 new virus cases along with three deaths. The number of active cases in the state stands at 4,765. The state legislative assembly officials informed at least 35 people had tested positive during the winter session.

India's capital recorded 331 new COVID-19 cases in the past 24 hours along with one death taking the total number of fatalities in Delhi to 25,106.

Tamil Nadu's health minister informed that out of the 34 Omicron cases detected so far at least 16 patients are under treatment and 18 have been discharged. The state will begin vaccination of 15-18-year-olds from January 3, the state government said.

Amid the rise in cases, India's home ministry directed states to consider imposing need-based, local restrictions to control crowds during the festive season.