Deepika takes a dig at Swara, says 'You probably went to buy popcorn and missed disclaimers' 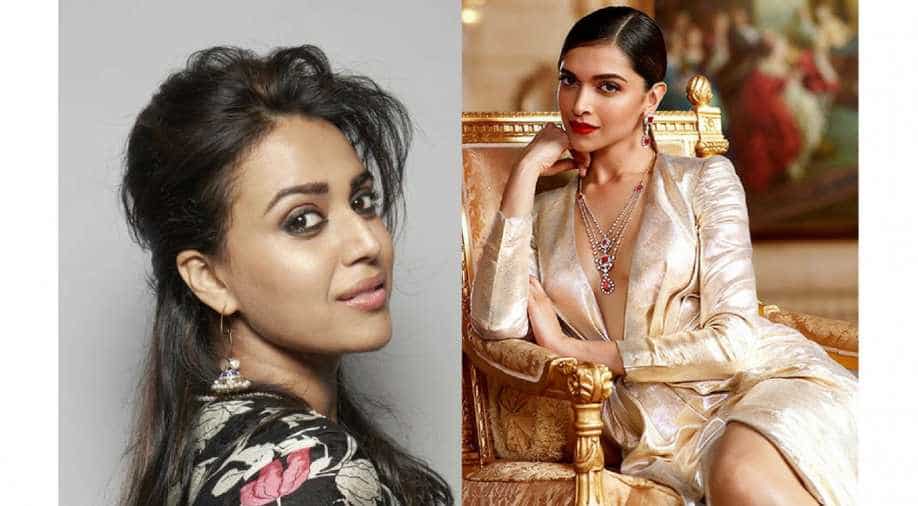 Swara Bhaskar and her open letter to Padmaavat director Sanjay Leela Bhansali went viral after she used phrases like "felt reduced to a vagina-only" in context of feelings post watching the movie as a woman and a feminist.

This Swara wrote in the context of the entire film and especially the portrayal of the finale scene where Deepika Padukone (Rani Padmini) plunges herself into the fire to commit Jauhar so as to avoid being captured by a psychotic king Alauddin Khilji (as portrayed in the film).

Questioning Bhansali's conceptualisation of the film, Swara wrote: "your act of thoughtlessly glorifying this misogynistic criminal practice is something you ought to answer for, Sir."

To this, Deepika who played the titular role in the film replied back saying that she (Swara) probably missed the disclaimer at the beginning of the film.

In an interview to a Mumbai-based daily, she said (referring to Swara), "You probably went out to buy some popcorn and missed the initial disclaimers that come out."

She further added that the film "was set in an era- in the 12th and 13th century when rituals (Jauhar) like this were practised."

Also Read: Deepika Padukone opens up about the Jauhar scene and the controversy around it

Earlier, Shahid Kapoor who played the role of Deepika's husband in the film also responded to the letter. He said, "Every practice happens for various reasons. Within this film, Padmavati believed she would want to go into the fire as opposed to handing herself over to a man who is so evil, that he is ready to kill the entire kingdom to achieve one woman."

Also Read: Swara Bhaskar on 'Padmaavat' letter: Didn't expect so much chaos just because I used a word which starts with 'V