Swara Bhaskar on 'Padmaavat' letter: Didn't expect so much chaos just because I used a word which starts with 'V' 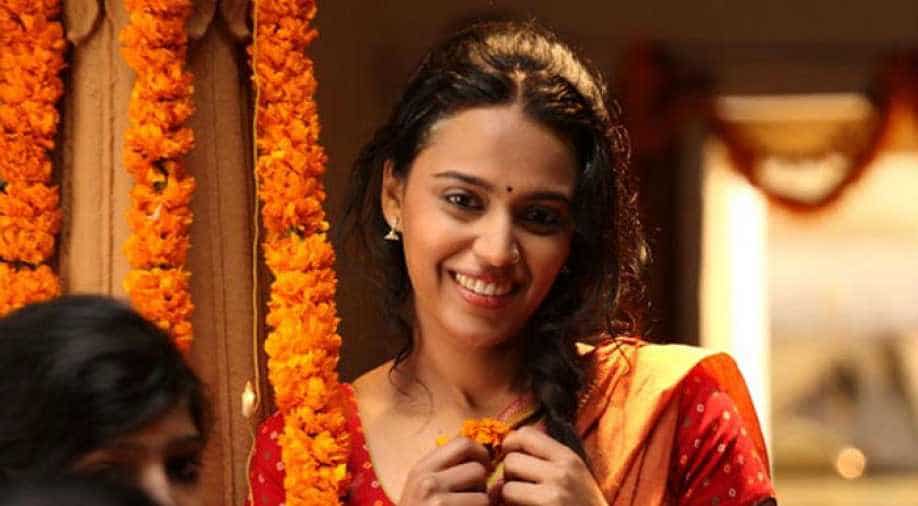 Ever since Swara Bhasker wrote an open letter to Sanjay Leela Bhansali over his depiction of the Jauhar scene in Padmaavat, the actress has been receiving praises and criticism alike. While many agree with her point that Bhansali has glorified the Jauhar scene in the film, there are others who have criticised her for her opinion.

After indulging in war of words with the trolls on micro-blogging site Twitter for the actress has now said that she did not "expect so much chaos just because of a word that starts with `V`."

While attending an event, when asked about her open letter, Swara said, "Everybody has right to express an opinion. I kept my views in a very polite manner and had no wrong intentions. I put forward a few legitimate questions. I didn`t expect so much chaos just because I used a word which starts with `V`."

She added, "If people don`t agree with me, it`s alright as it is a democratic country. I had no idea that this would create such a mayhem and that people who are not connected to the film at all will get upset."Bhasker wrote a thought-provoking letter to Sanjay Leela Bhansali after watching Padmaavat.

A part her letter read, "You may be wondering why the hell I am going on and on thus about vaginas. Because Sir, that`s what I felt like at the end of your magnum opus. I felt like a vagina. I felt reduced to a vagina-only."
The letter went viral and Swara continues to fight a spirited battle against those abusing her on social media - and there are many.

While Padmaavat director Sanjay Leela Bhansali has not responded to the open letter, actor Shahid Kapoor, who plays the role of Maharawal Ratan Singh in the movie said, "I haven`t read it yet. We have been busy with other things, but I think this isn`t the right time. It has been a tough battle for us to be able to bring forth the film to the audience. It feels great to receive support from the entire industry but it feels odd that someone said something on a personal level. That`s OK though as everyone has the right to say what they want but I haven`t read it yet."

The film's leading lady, Deepika Padukone, in an interview has stated that the film does not endorse the practice of Jauhar and that it should be seen in the context of the period in which it is set in.

Meanwhile, Padmaavat continues to roar at the box-office as the movie crossed the Rs. 120 crores in five days of its release.