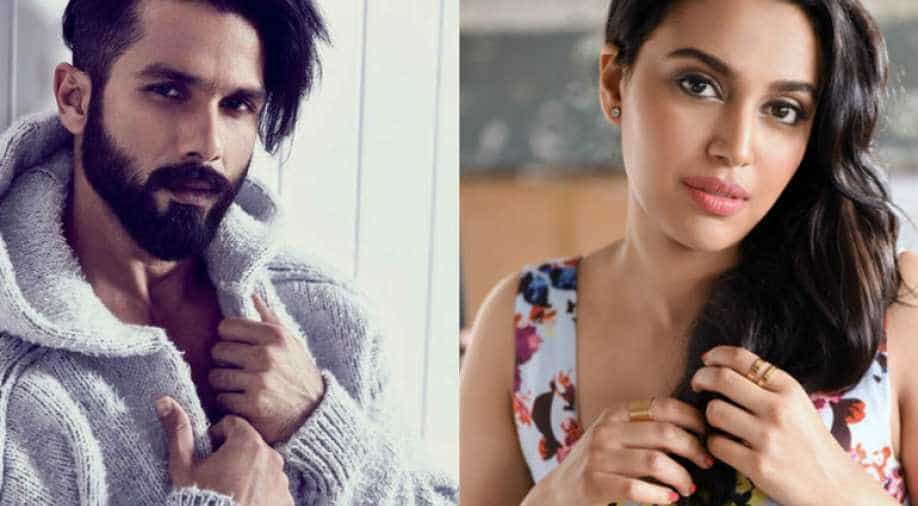 Over the weekend, Swara Bhaskar's open letter to Sanjay Leela Bhansali over the depiction of Jauhar scene in his latest film Padmaavat create an uproar on the Internet. While a lot of people agreed with Swara that Bhansali had glorified a regressive custom like Sati in his film, many also criticised the actress and some even trolled her.

The film's leading man, Shahid Kapoor was asked to respond to Swara Bhaskar's letter at an event recently. The actor said, " "I haven't read it yet. We have been busy with other things, but I think this isn't the right time. 'Padmaavat' is representing the film industry and it's freedom of expression.

"It has been a tough battle for us to be able to bring forth the film to the audience. It feels great to receive support from the entire industry but it feels odd that someone said something on a personal level. That's OK though as everyone has the right to say what they want but I haven't read it yet," a news agency quoted the actor as saying.

In the letter, Swara had written that how after watching Padmaavat felt feeling like a vagina. The actress accused Bhansali of glorifying Jauhar and stated that a woman has the right to live despite being raped or being widowed.