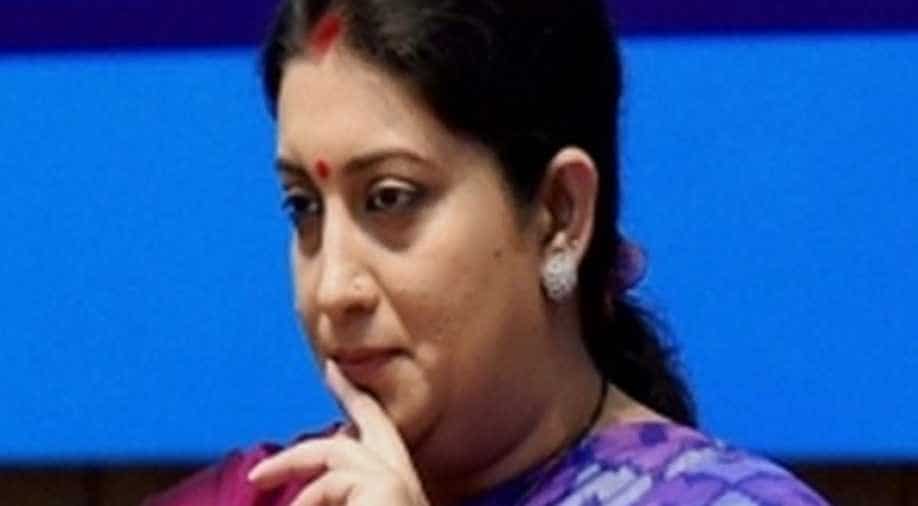 Irani's statement came in the backdrop of circulation of a purported video in which Madhya Pradesh Congress president Kamal Nath is allegedly asking a group of Muslims to ensure his party gets 90 per cent of votes in their booths.

Union minister and BJP leader Smriti Irani on Thursday accused the Congress of dividing communities and creating a rift among "brothers".

Irani's statement came in the backdrop of circulation of a purported video in which Madhya Pradesh Congress president Kamal Nath is allegedly asking a group of Muslims to ensure his party gets 90 per cent of votes in their booths.

In another video that surfaced early this month, Nath was purportedly seen urging Muslims to be wary of the RSS agenda. The Congress leader had termed this video as fake.

Addressing an election rally here, Irani said "A Congress leader sitting among Muslim brothers was heard saying that come with us and he will deal with Hindus...Congress leader doesn't know that when one brother meets another, he doesn't ask his caste and religion."

The BJP leader did not name Nath.

Irani alleged the Congress wanted to create a rift among "brothers" and division on communal lines.

She taunted the Congress for not declaring its chief ministerial candidate before the elections in Madhya Pradesh.

"At least they (Congress) should tell the people whether Kamal (Kamal Nath) is blossoming or Jyoti (Jyotiraditya Scindia) will burn bright. What can we expect from a party which is unable to decide its leader," she said.

Irani also took potshots at Congress chief Rahul Gandhi, saying he is "not able to see the development of Madhya Pradesh and the country (under the BJP)".

"Prime Minister Narendra Modi has given a gift of 22,000 houses for the poor in Amethi (Gandhi's Lok Sabha constituency in Uttar Pradesh). There are two lakh beneficiaries of government schemes there," she said.

Irani addressed another election rally in support of the BJP at Barwah in Khargone district.

Madhya Pradesh will have a single phase polling on November 28 for its 230-member assembly. Counting of votes will take place on December 11.

The BJP is seeking a fourth straight term in office in the state, while the Congress is eyeing return to power in its erstwhile bastion after 15 years.