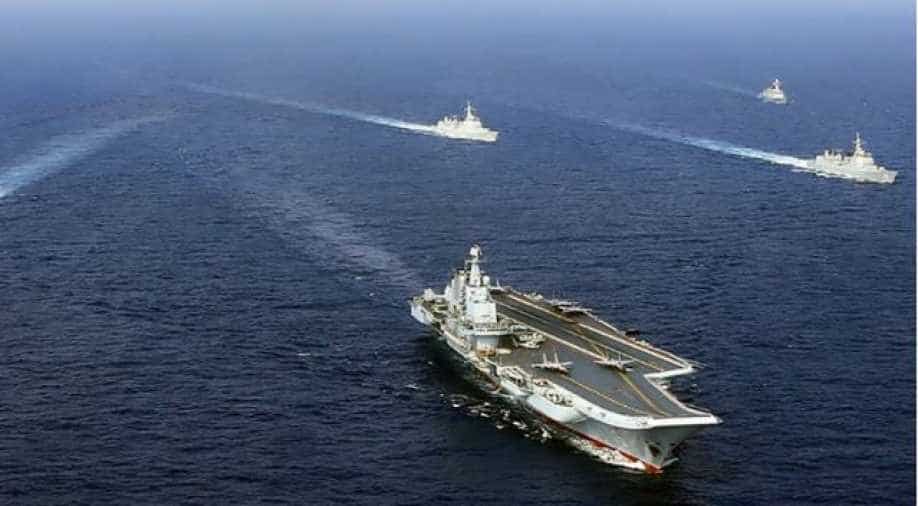 In the last few years, India has expanded its role in the Indian Ocean region (IOR), from humanitarian assistance and disaster relief (HADR) to supplying food and medical aid amidst the COVID pandemic to 5 countries of the Indian Ocean namely: Maldives, Mauritius, Madagascar, Comoros, and Seychelles

In what is a clear indication of grudging acceptance, the ruling Chinese Communist Party via its mouthpiece Global Times has accepted that India has "unique geographical advantages" in the Indian ocean.

In an article on 17 December titled “India changes attitude toward multilateral mechanisms for global ambition”, Hu Shisheng who is a director of the Institute for South Asian Studies at the China Institutes of Contemporary International Relations pointed out, "India has also taken the lead in planning small-scale multilateral cooperation mechanisms in the Indian Ocean”

Increasingly, under the groupings of IORA or Indian ocean Rim Association to the Indo-Pacific construct, New Delhi has been able to leverage the advantage with more and more countries joining Indian led initiatives. In fact, with Indo-Pacific construct, India is connecting the Indian and Pacific oceans from the east coast of Africa to the west coast of the Americas, and as External Affairs Minister Dr S Jaishankar said,"Indo-Pacific is not tomorrow’s forecast but yesterday’s reality."

And clearly, in the last few years, India has expanded its role in the Indian Ocean region (IOR), from humanitarian assistance and disaster relief (HADR) to supplying food and medical aid amidst the COVID pandemic to 5 countries of the Indian Ocean namely: Maldives, Mauritius, Madagascar, Comoros, and Seychelles.

In 2019, the Indian Prime Minister Narendra Modi had proposed the Indo-Pacific Oceans Initiative (IPOI), under which countries like Australia, Japan, and those in ASEAN grouping has expressed willingness to work with India on issues like maritime security to transport.

In fact, in what looks like a taunt, but is more a reminder for itself, the write-up says, "India wants to be the net security provider of the Indian Ocean". While New Delhi hasn't said so, it is seen as a "Preferred Security Partner".

India's Information Fusion Centre at Gurugram, which keeps an eye on the movement of ships in the Indian ocean is emerging as the nodal center for real-time information in the region.

US and France have sent their liaison officers already, with more countries joining. Under its defense training programmes, India has provided Mobile training teams to 11 countries from Vietnam to South Africa, as well as Sri Lanka, Bangladesh, and Myanmar.

And in a Deja Vu, the Chinese communist party's indignation via its mouth-piece about India’s ‘Sinophobic, pro-West’ diplomacy comes as no surprise. While Beijing sees India drifting away, it forgets how it opposed New Delhi's bid for Nuclear Suppliers Group (NSG) or the UN Security Council. 2020 saw an increasingly aggressive China, which not only violated agreements on buildups at the Line of Actual control but also indulged in actions such as those in Galwan which saw 20 Indian soldiers attaining martyrdom.

Beijing is already perturbed by Quad meetings and Australia being invited to Malabar exercises and the country perhaps failed to understand or recall the outreach by New Delhi in form of informal summits--in Wuhan and then the Chennai connect. But past is past, as the world woke up to a new China, an aggressive one amidst the COVID pandemic.