There should have been an investigation: 'Human shield' Farooq Dar says 1 year on 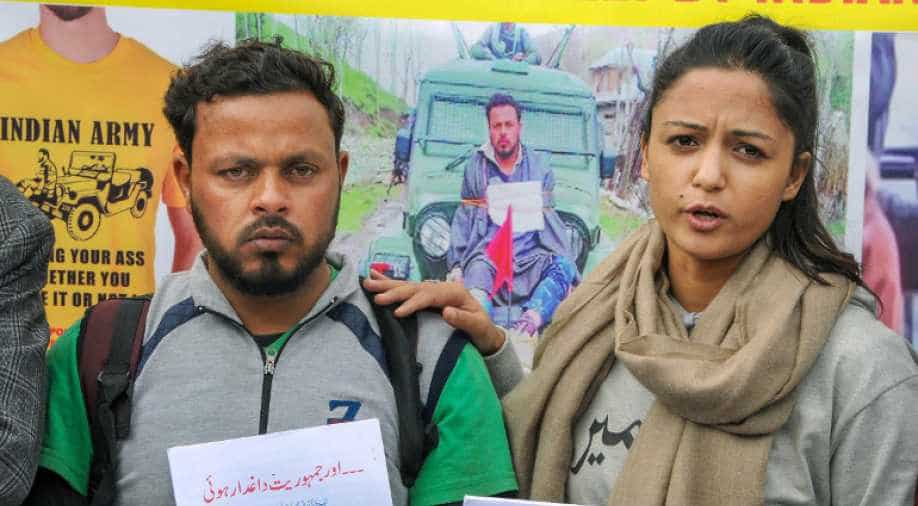 At 12:36 pm on April 9, 2018, Farooq Dar looks at his watch and says that at around this time last year he had been tied to an Indian Army jeep which doing the rounds of villages in Jammu and Kashmir's Budgam district.

The incident triggered a national debate which went on for many months and every now and then, the debate makes a return to the national headlines.

While the Indian Army awarded Major Leetul Gogoi, the officer who tied Farooq to the jeep, for saving people's lives and thinking strategically during a stone-pelting incident, Farooq’s life has been turned upside down.

He has had no employment or income this past year.

Farooq worked as an embroidery artist before, for want of a better word, the "incident".

He is fighting his legal battle with help from his lawyer, Ahsan Untoo. Other than his lawyer, no one else has come forward with support. The Jammu and Kashmir Human Rights Commission had sanctioned Farooq relief of a million rupees but the government turned it down.

"Problem is that I have lost my peace of mind, I am barely able to relax. If I go anywhere, people say, 'The human shield guy has come, he was paid 10 lakh, he has no worry. Only my lawyer came to rescue me and told me stand on my feet and I will fight for your justice. If my lawyer, Mohammad Ahsan Untoo, hadn’t supported me, my life would have gotten over."

Most recently a furore erupted in the Kashmir valley after a company began making T-shirts showing Farooq tied to the Indian Army jeep. And then the Tiger Shroff movie Baaghi 2 also depicted the incident.

These, says Farooq, are an assault on his wounds.

"If anyone gets a small injury, and even if the injury starts healing, if there is a scratch on that clot... The wound will start bleeding again. That is what happens to my mind, my heart and my soul, when such things happen," he says.

"We have sent a legal notice to T-shirt people and to the film directors as well. Now the high court will deal with them."

He also talks about his lack of employment, saying, "No I don’t do any work. I used to work as a daily wage labourer and now that is now possible either. No one is willing to give me employment."

"They think the CID guys will be after me. Police will be searching for me, media will be following. The employees think if they take me for employment, their money will go to waste."