Kashmir man tied to jeep: Now there's a T-shirt, and another controversy 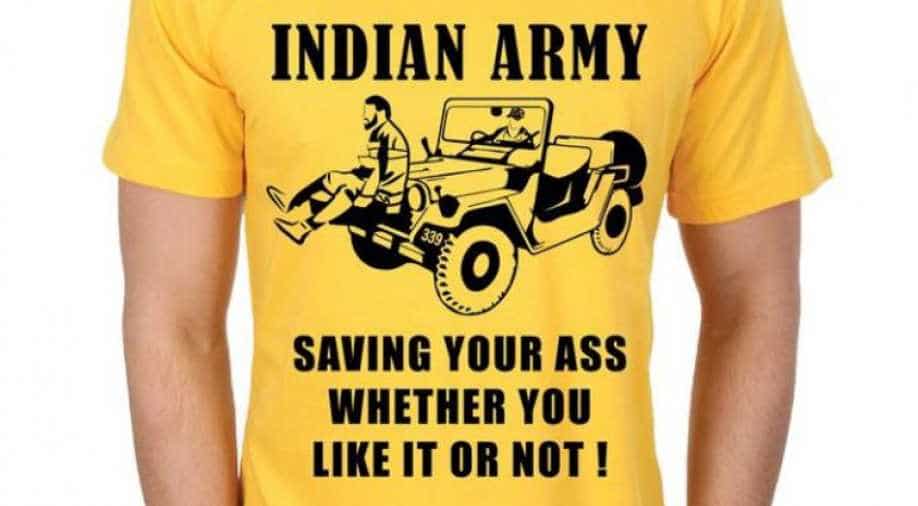 A company — TshirtBhaiya.com — has begun to sell T-shirts depicting the Kashmiri man tied to an army jeep in 2017. Farooq Ahmad Dar had been tied to the jeep by an army major, who said he had done so to get himself and his men to safety.

There had reportedly been stone pelters in the vicinity.

Dar had effectively been used as a human shield.

TshirtBhaiya.com is reportedly linked to a member of the BJP — Tejinder Bagga, who is spokesperson of the Delhi unit of the BJP. Bagga says the T-shirt is meant to boost the morale of the Indian Army and to allow people to wear their "patriotism on the chest".

The Kashmiris however view it as provocation, and believe it will make the Kashmir situation even more &nbspunstable.

Dar's lawyer, Ahsan Untoo, meanwhile says they will be filing a defamation suit against the T-shirt's promoters.

"It's simply provocation, those acts make the life of that person miserable if he is not given justice he should not be torched with every passing day, A man tied to jeep and then dragged in dozens of village how can that be justified, and can this boost the moral of Indian Army? We have going to file a defamation case in this matter," said Untoo.

The T-shirt and its sale have also been condemned by political parties.

The National Conference and the Congress said the Indian Army is a "big institution" and that these small acts will not boost their moral but will instead dent their credibility. They added that "we all are nationalists living in Kashmir and know how to boost the morale of the army".

"We all know how to boost the moral of army but this is not the way, we want peace but these acts are helping anti-national elements, it will provoke youth more," said Taj Mohudeen, senior Congress leader.

"It's a highly condemnable act, it will instigate more trouble and will provoke people in Kashmir, state government had failed to give justice and now they sprinkle salt on wounds," said Junaid Mattu, National Conference spokesperson.

Dar had been tied to the jeep on April 9 last during by-elections in central Kashmir's Budgam village. Video of the incident soon went viral.

There had reportedly been a note tied to his chest saying: "This will be fate of stone pelters".

A massive controversy had erupted, with the army saying Dar had been used as a human shield to safeguard polling staff and EVMs. The army officer responsible for tying Dar to the jeep — Major Leetul Gogoi — was later commended by the army.

Jammu and Kashmir Chief Minister Mehbooba Mufti at the time asked J&K Police to file a report on video. Police launched their investigation and filed an FIR ,

In their investigation, they stated that Dar had cast his vote before being tied to the jeep. The army on the other hand had suggested that he might have been a stonepelter.