India will 'stop' flow of our share of water to Pakistan: PM Modi at Kurukshetra poll rally 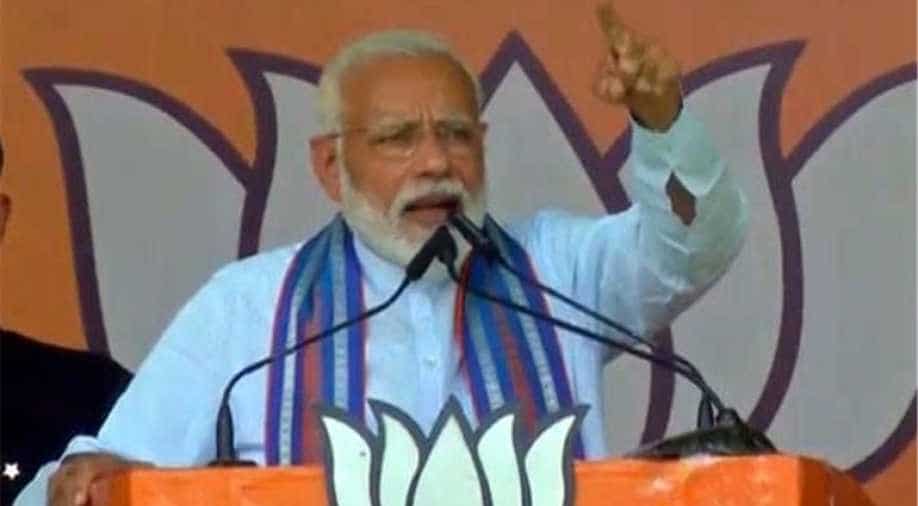 PM Modi said that the previous governments of Congress were never considerate to preserve the water of Indian rivers for the advantage of Indian farmers.

India has decided to fully utilise its share of unused water from rivers that have been flowing into Pakistan, Prime Minister Narendra Modi said on Wednesday during a poll rally in Kurukshetra.

While addressing the farmers and his supporters in his first rally in the state of Haryana during general elections this year, Prime minister Narendra Modi has said that in his governance India will no longer share even a single drop of water with Pakistan.

"Many rivers go to Pakistan from India but sadly this water belongs to our farmers. Congress failed to do anything on this but your chowkidar will ensure that every Indian farmer gets every drop of water. The water from Indian rivers will not go to Pakistan," the Prime Minister said.

PM Narendra Modi slammed the main opposition party Congress for its softer stance against Pakistan in the past and promised with his return to power, India’s share of river water won’t go to Pakistan.

PM Modi said that the previous governments of Congress were never considerate to preserve the water of Indian rivers for the advantage of Indian farmers.

There are more than a few Indian rivers which reach Pakistan and instead of Indians, the Pakistani farmers are yielding profits. PM blamed Congress for failing to take any decisive step to stop water sharing with Pakistan.

India is not a water-poor country, however, the demand for water among the farmers of Haryana, Punjab and Rajasthan is increasing every day due to the growing population and inefficient use of water resources.

Under the Indus Waters Treaty, India shares the waters of the Beas and Sutlej rivers with Pakistan. There have been several occasions that the current Indian government spoke of regulations and not sharing water with Pakistan.

After Pulwama attack, Indian minister Nitin Gadkari had said that the government was planning to build three projects on three rivers, water of which was flowing to Pakistan.