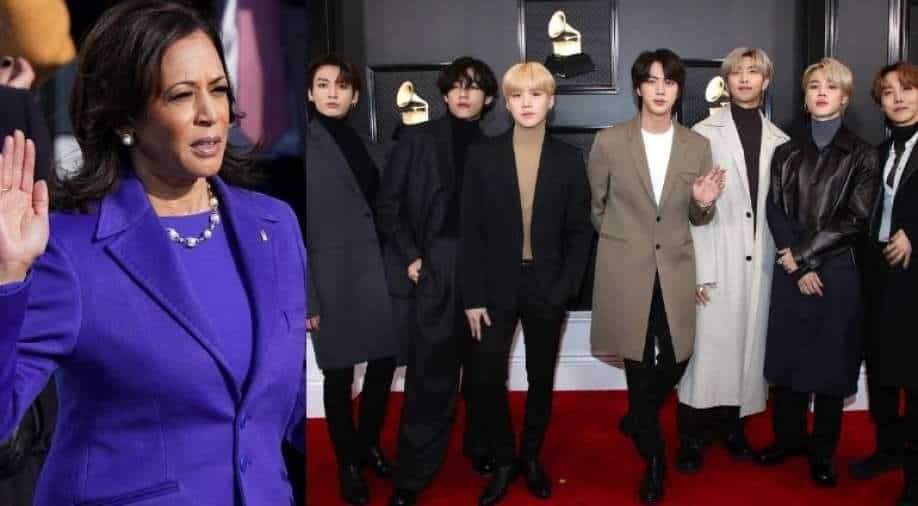 It seems the ARMY is claiming US Vice President Kamala Harris as one of their own.

It was a historic moment on Wednesday as Kamala Harris became the first person of colour and first woman Vice President of the United States. The world witnessed Harris- a South-Asian and African woman, taking oath on the steps on Capitol Hill in Washington and collectively cheered her. But it seems the BTS Army had other reasons to celebrate.

One Twitter user realised that Harris follows the popular K-pop band and instantly posted a screenshot of it.

Someone else shared a screenshot of Kamala Harris' Spotify playlist which features BTS hit track 'Boy With Luv'. 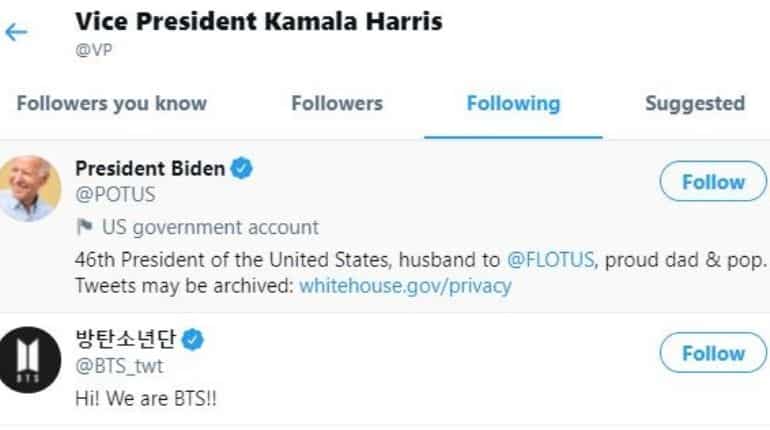 And she's a fan!!!!! Kamala Harris' Playlist got BTS' BWL on it!!!
Madam Vice President got excellent taste! pic.twitter.com/Bm5yXg2MeV

The two screenshots obviously got the ARMY excited as they claimed Harris as one of their own.

Here's how Twitter expressed excitement at discovering that Harris was part of the ARMY.

The @VP follows @BTS_twt 😍🙌🏽💜 I love it! Kamala Harris has great taste pic.twitter.com/2qHMaf1rPz

I wonder which one of ya’ll is Madam Vice President Harris’ ARMY stan account.....#KamalaHarris 💜 @BTS_twt pic.twitter.com/E9qRJ8GbIE

Yo yo yo @VP @KamalaHarris follows @BTS_twt I didn’t know I could fall deeper in love with her, but here I am pic.twitter.com/Y4fMwYy9Fr

The @VP follows @BTS_twt 😍🙌🏽💜 I love it! Kamala Harris has great taste pic.twitter.com/2qHMaf1rPz

Harris is not the only political leader to like K-pop. Former US president Barack Obama and his daughter Malia too are reportedly big fans of K-Pop and are known to be SHINee fans.

In Pics | Women opt for monochrome, colour-block at Biden-Harris inauguration

Harris took oath on Wednesday and tweeted, "Ready to serve." She shared a video of her swearing-in and wrote, "It's an honour to be your Vice President."