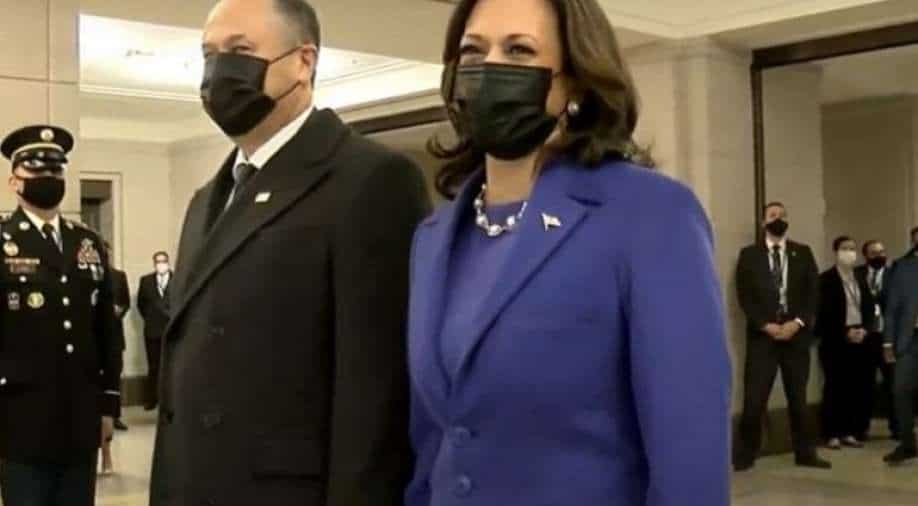 Kamala Harris arrived at the Capitol Hill wearing a purple formal dress and matching coat with a detailed neckpiece complete with a brooch pin.

Not a sari, not a pantsuit, Kamala Harris has gone all formal for her oath-taking at the inauguration ceremony at the Capitol Hill.

Putting an end to the speculations about her oath-taking wardrobe, Kamala Harris arrived at the Capitol Hill wearing a purple formal dress and matching coat with a detailed neckpiece complete with a brooch pin. President-elect Joe Biden and Second Gentleman Douglas Emhoff are both dressed in Ralph Lauren suits.

Harris is wearing Christopher John Rogers and Sergio Hudson, according to chatter filtering from her aides. Rogers, a New York City resident, is a young Black designer, from Baton Rouge. Sergio is a Black designer from South Carolina. Both Rogers and Hudson have dressed former First Lady Michelle Obama and Beyonce. 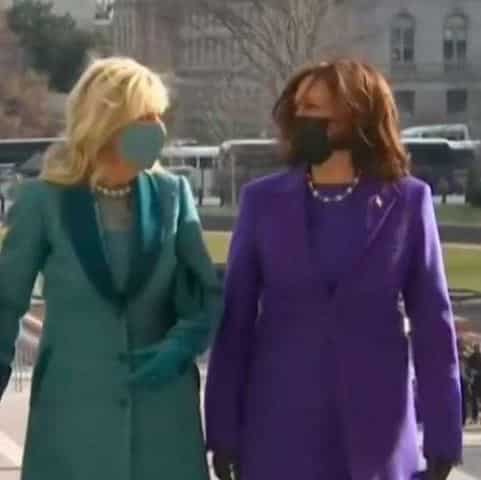 What will US Vice President-elect Kamala Harris wear on Inauguration Day as she officially resumes duties as one of the world’s most powerful politicians has been on almost every fashionista’s mind. On January 20, 2021, when she takes over the office as the Vice President of the United States, many in India hoped to see her in an Indian saree to celebrate the culture she hails from.


Known for her power dressing in a pantsuit, Kamala has kept it to the formal code in a dress this time. First Lady, Jill Biden, has opted for a teal dress and a turquoise-teal quote for her husband, Joe Biden's swearing-in as the 46th president of the United States.