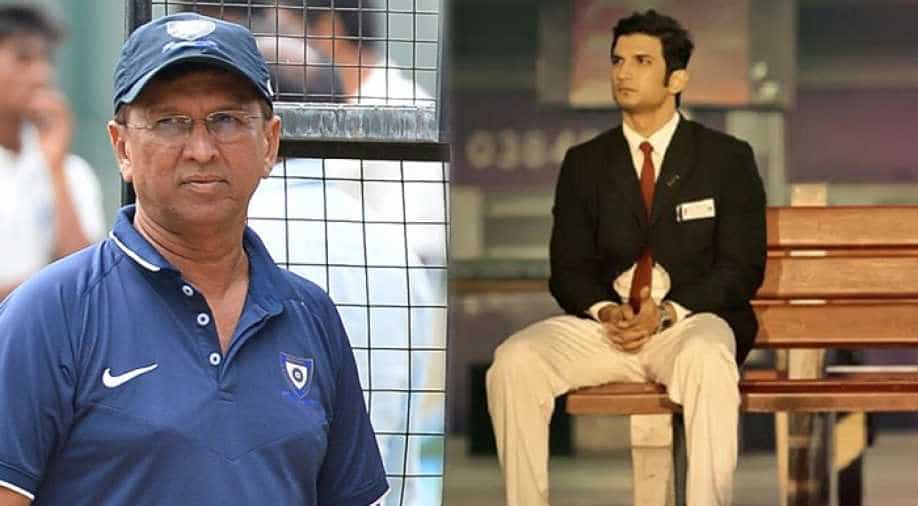 In a chat with WION, former India cricketer and chairman of the selection committee, Kiran More, reacted to Sushant’s death as he said the time spent with him during the training period for MS Dhoni: The Untold Story will stay with him forever.

Bollywood actor Sushant Singh Rajpoot, aged 34, on Sunday died by suicide by hanging himself at his Mumbai residence, in what can be termed as a shocking piece of news for everyone. Sushant’s death not only left a huge void in the Bollywood industry but cricket fans also had a special place in their hearts for his terrific portrayal of legendary Indian cricketer MS Dhoni in the movie – MS Dhoni: The Untold Story.

Sushant portrayed some phenomenal characters namely in the movies – Kai Po Che!, Chicchhore, Sonchiriya, Detective Byomkesh Bakshi, among many others and received plaudits for his knack for perfection. However, his portrayal of Dhoni made him a household face.

From picking up Dhoni’s way of walking to hitting the ball out of the park in his iconic style, Sushant perfectly executed the way the World Cup-winning captain approached things in life.

Not only Sushant’s acting skills were given a big thumb’s up by everyone, but cricket fans and experts also lauded the way the elegant actor picked up the nitty-gritty of cricket, including the great Dhoni himself.

Former India cricketer and chairman of the selection committee, Kiran More, reacted to Sushant’s death as he said the time spent with him during the training period for MS Dhoni: The Untold Story will stay with him forever.

“I am shocked! He was really hardworking. I have interacted with many actors but his willingness to put everything for the movie stood out for me. We trained for nine months and he was there every day training like a kid, putting his 100 per cent to master the sport. Very educated, had immense depth in his conversations. He had a clear thought-process in how he wants to approach the role and I treated him as a normal cricketer student and he obliged to the instructions every time. Becoming an actor is not an easy task, he gave so many super-hits, and he worked really hard for it. What we heard today is shocking and simply heartbreaking. He was a great athlete and a quick learner. I can even say he was a phenomenal cricketer,” Kiran More told WION’s Subhayan Chakraborty.

Mastering cricketing skills and behaviour of someone like Dhoni is not an easy task but Sushant along with his coach More, worked their socks off for nine months to give a final product which Bollywood and cricket fans would keep close their hearts for a long-long time.

“We worked for nine months, and yes, there were times he made mistakes so I had to treat him like a normal student. I shouted at him for his mistakes but even pampered him for all the hard work he was putting in. He was a good kid. Always treated me as a senior person and his coach. I remember during the initial days of training, the spot boy was carrying his cricket kit and I told him ‘better you carry your kit’. From that day, he carried his kit for the next nine months. Very educated kid, top-grade student and whatever he used to do, he used to put in his research. May his family stay strong during this phase,” More added.

Sushant shot to fame with Zee TV’s ‘Pavitra Rishta’ in 2008 before making his Bollywood debut with Abhishek Kapoor’s ‘Kai Po Che’ in 2013.

WION is not associated with any of these organisations and does not make any recommendations.