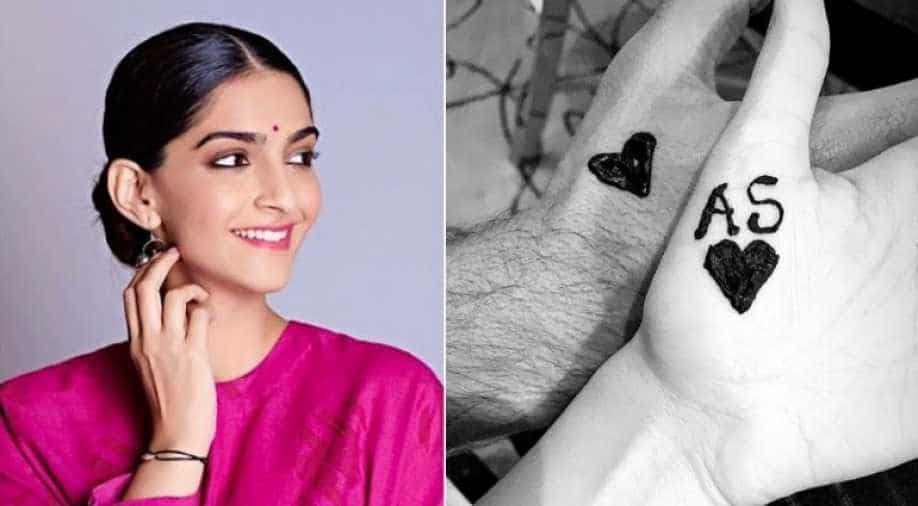 To mark the special day of Karva Chauth, both Sonam and Anand  Ahuja applied mehendi on their palms - one of the important aspects of the festival.

One of the most lovable couples of the industry, Sonam Kapoor Ahuja and Anand Ahuja are celebrating their first Karva Chauth after getting married.

To mark the special day, both Sonam and Anand applied mehendi on their palms - one of the important aspects of the festival.

Anand took to his Instagram story to share a clip of the 'Veere Di Wedding' star applying henna.

The Bollywood diva also shared an adorable snap on her account, in which both of them had hearts drawn on their palms. Sonam also wrote 'AS' along with it.

Sonam married Delhi-based businessman Anand on May 8 in an Anand Karaj ceremony.

After the ceremony, they also held an extravagant reception, which was attended by several stars of Bollywood.

On the work front, Sonam will next be seen in 'Ek Ladki Ko Dekha to Aisa Laga' with father Anil Kapoor.