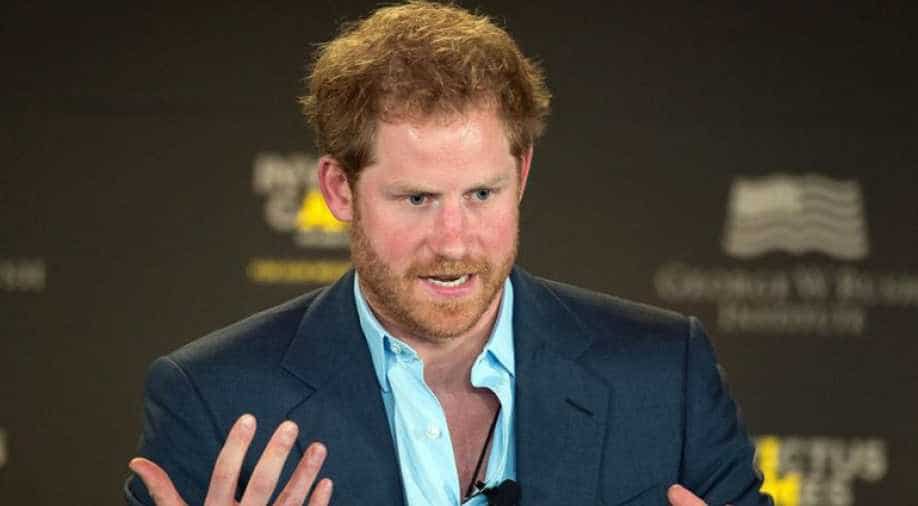 Prince Harry, the 33-year-old prince flew Apache attack helicopters in Afghanistan when he served as a soldier in the British Army in the past.( Image Source: United States Department of Defence) Photograph:( Others )

Speaking at the Amsterdam launch of an initiative to make the travel industry more sustainable, Harry said, "I spend 99% of my life travelling the world by commercial (aircraft)."

Britain's Prince Harry, under fire for using private jets while endorsing environmental causes, said on Tuesday he only uses them rarely, for safety reasons, and takes steps to offset the carbon dioxide his trips release into the atmosphere.

Speaking at the Amsterdam launch of an initiative to make the travel industry more sustainable, Harry said, "I spend 99% of my life travelling the world by commercial (aircraft)."

Harry, Queen Elizabeth's grandson, said he flew by private jet only occasionally or in "a unique circumstance, and to ensure that my family are safe - and it's genuinely as simple as that... I always offset my CO2."

Carbon offset programmes help travellers compensate for the carbon dioxide emissions they cause by paying a fee that goes to reducing CO2 by a similar amount, usually by planting trees.

Harry said that carbon offsets are "the right thing to do and we need to make it cool".

"But it can't just be a 'ticking the box' exercise," he added.

Harry has faced accusations of hypocrisy for taking private planes to attend recent engagements while at the same time voicing concerns about the environment.

The criticism prompted singer Elton John, whom Harry visited with his wife Meghan at his home in the south of France for a vacation last month, to launch a defence of the couple against the "distorted and malicious account in the press".

The sustainable travel scheme "Travalyst" announced by Harry on Tuesday in Amsterdam is backed by major tourism industry companies including Booking.com, TripAdvisor, Ctrip and Visa. It plans initiatives that will help travellers to cut their carbon emissions, prevent over-tourism and develop local economies.

"... while no one is perfect, we are all responsible for our own individual impact. The question is what we do to balance it out," Harry said.

Harry and the founding members of the organisation did not give specific examples of programmes they would introduce or actions they would undertake.