Prakash Raj shows support to Sai Pallavi after her controversial remarks: We are with you 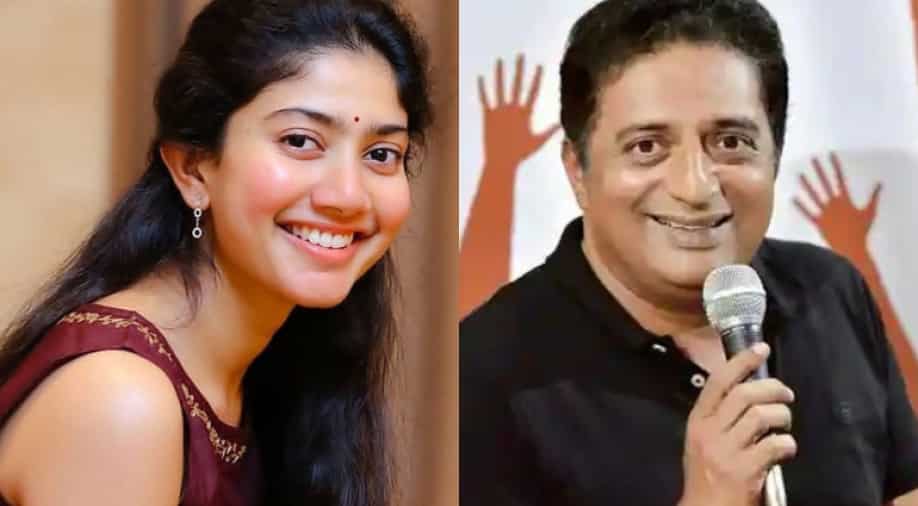 In the interview which went viral, Pallavi was asked whether she was influenced by any kind of politics during her college days.

Sai Pallavi has faced huge flak online for her controversial remarks on the Kashmir genocide and mob lynching. A few hours after Pallavi issued a clarification on her interviews, renowned actor Prakash Raj has shown his full support to the young actress and her thoughts.

Raj, an ardent social media user, re-tweeted Sai's clarification on Sunday morning and wrote, ''Humanity first … we are with you.''

In her clarification video, Pallavi, who is a medical graduate stated that for her ''all live her equal and all lives are important'' and made points clear over her comments on Kashmiri Pandits genocide and later compared Kashmiri Pandit's exodus with the lynching of a man suspected of cow smuggling during the covid-19 time.

Her interview with the youtube channel created a furore online with netizens slamming the actress for her views and how can she compare two totally different incidents.

On Saturday, giving her clarification, Pallavi shared a video on her Instagram account and stated that violence in any form is wrong and violence in the name of religion is a huge sin. Watch here.

“This is the first time that I am getting in touch with all of you to clarify something and I think this will be the first time that I will be thinking twice before I speak my heart because I am anxious that my words might be misinterpreted. So forgive me, if I take a while longer than usual to communicate my thoughts, '' the actress said.

In the interview which went viral, Pallavi was asked whether she was influenced by any kind of politics during her college days, to which she replied she comes from a very politically neutral family and later compared the recently released movie 'The Kashmir Files' with the Muslim person who was killed on suspicion cow smuggling.

A police complaint was also filed in Hyderabad against the actress over her controversial remarks.