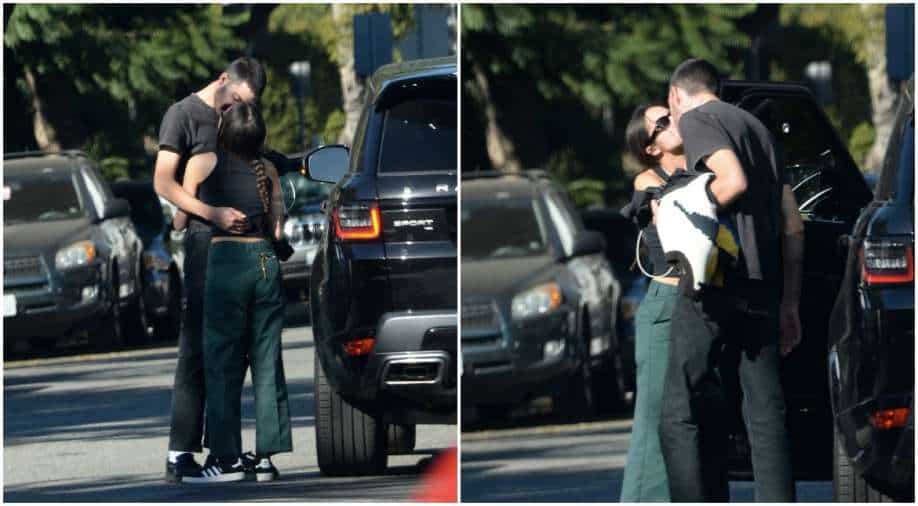 The couple confirmed their relationship a week after the news of their romance broke by kissing against an Audi A4 while being photographed by shutterbugs.

The world doesn't matter when one is in love: we hear you, Olivia!

Singer Olivia Rodrigo and boyfriend Adam Faze were absolutely 'unfazed' while making out in a passion-filled session in Los Angeles with the paparazzi taking pictures of their personal moments.

On Sunday, the two were pictured kissing passionately and touching each other in what appeared to be a steamy make-out sesh standing right next to a Range Rover Sport.

The Grammy-nominated singer wore a black tank top, army green cropped pants and sneakers for the outing, while her producer boyfriend wore an all-black ensemble with a pair of white socks and loafers being only exceptions.

In July of this year, it was confirmed by a global news website that Rodrigo and Faze are, in fact, dating after their first outing at the 'Space Jam: A New Legacy' premiere party at Six Flags Magic Mountain in California.
The couple confirmed their relationship a week after the news of their romance broke by kissing against an Audi A4 while being photographed by shutterbugs.

Rodrigo was previously rumoured to be dating Joshua Bassett, but the lyrics to her song 'Drivers License' indicated that things went south when he allegedly moved on with Sabrina Carpenter.

"[Everyone] is asking me about Sabrina and Olivia. Why don’t we focus on these women for who they are? Let’s focus on the art that they’re making and how great they are instead of their relationship to a boy," said Bassett at the time, who has revealed that he is part of the LGBTQIA+ community to GQ magazine.