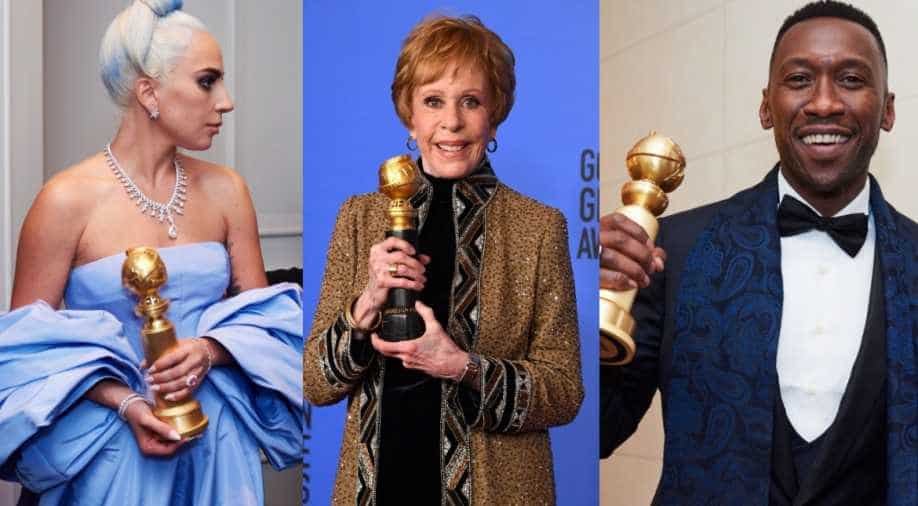 The 18.6 million audience for Golden Globes 2019 was down from the 19.0 million viewers who watched the 2018 show on television.

The US television audience for the 2019 Golden Globe awards fell about 2 per cent, but a slew of popular movies and celebrities among the nominees helped the ceremony buck a trend that has seen much steeper declines for big entertainment events.

The 18.6 million audience for Sunday's awards, where Queen biopic 'Bohemian Rhapsody' and pop star Lady Gaga were among the winners, was down from the 19.0 million viewers who watched the 2018 show on television, broadcaster Comcast Corp's NBC said on Monday, citing Nielsen rating data. Read the complete list of winners here.

The Golden Globes kicked off the Hollywood awards season leading to the Oscars, where nominations for the February ceremony will be announced on January 22.

The three-hour live ceremony, hosted by actors Sandra Oh and Andy Samberg, was the most-watched telecast in primetime, excluding news and sports, since the Oscars in March last year, NBC said.

The small audience decline in total viewers bucked a trend that saw declines of 15 per cent or more in viewership for the Oscars and the Grammy awards in 2018. Golden Globe viewers in the 18-49-year-old demographic coveted by advertisers rose 4 per cent, the data showed.

'A Star is Born,' went into Sunday's awards as the favourite for the biggest prizes but in a major upset came out with just one - for Lady Gaga's original song 'Shallow' from the movie.

Lady Gaga lost the coveted best actress Golden Globe to veteran Glenn Close for her role in 'The Wife,' but the singer, sporting blue hair and a lavender gown, captured most of the social media buzz, according to Twitter and Facebook.