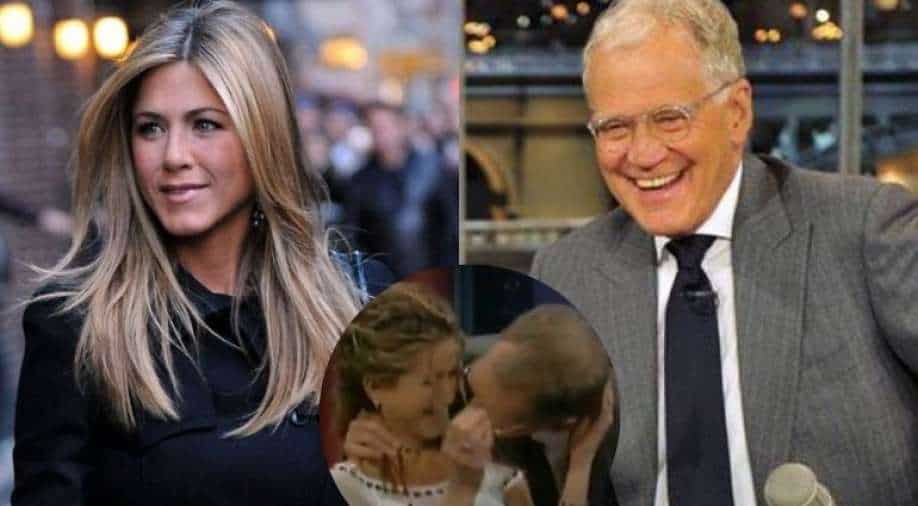 Before this snippet, Letterman was called out for his 2007 interview with Lindsay Lohan in wake of the Britney Spears' documentary.

Britney Spears' documentary had a tremendous effect on the fans. Days after Lindsay Lohan's interview, now people are again calling out David Letterman for his inappropriate behaviour in his show.

By digging again, netizens come up with David's old interview with Jennifer Aniston and are disgusted by his behaviour in the clip. In the 1998 interview, Jennifer, at the height of her fame for the famous sitcom 'Friends' – appeared on the show with the late-night host Letterman. In the resurfaced interview, the famous host welcomes Aniston and cracks some jokes but at one point makes his guest uncomfortable when he moves behind her and asks her to sit still as he attempts to take her hair in his mouth.

“Forgive me if this is rude. I just want to try one thing.” He then moved closer to her, put his hand on her shoulder, and took her hair in his mouth. Even though Aniston seemed uncomfortable, he continued.

“That was something that I’ll never forget,” Jennifer said. When Letterman told her that she seemed to be “traumatized,” she replied, “I am.”

Here's how people reacted to the old interview.

Can't get over how creepy and disturbing this clip of Jennifer Aniston on Letterman is pic.twitter.com/1INnVTWKI6

Why did david letterman put Jennifer Aniston’s hair in his mouth back in the day? Im so confused

Can't get over how creepy and disturbing this clip of Jennifer Aniston on Letterman is pic.twitter.com/1INnVTWKI6

Gross, then he hands her a tissue to clean herself up.

Before this snippet, Latterman was called out for his 2007 interview with Lindsay Lohan in wake of the Britney Spears documentary in which she talked about some misogynistic and inappropriate interviews that she had given during her young days.