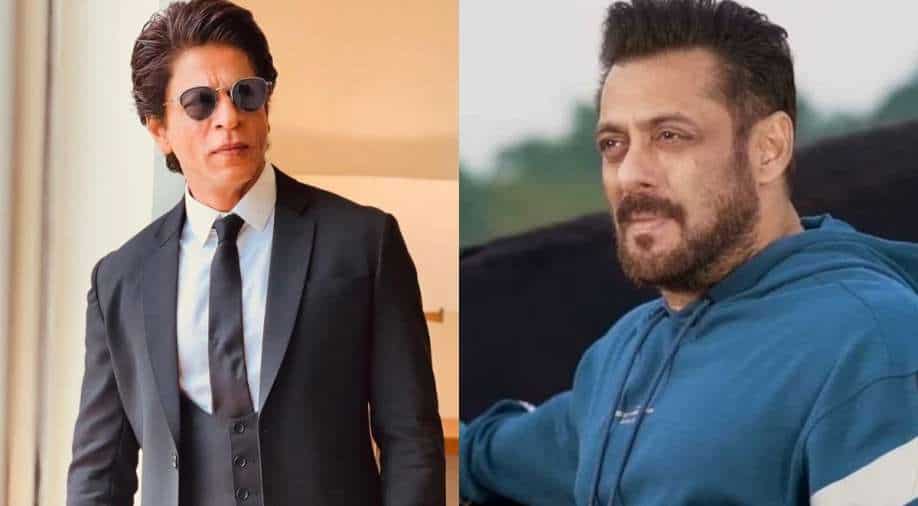 Salman Khan and SRK in the frame Photograph:( Instagram )

On an Instagram Live, Shah Rukh Khan recently spoke about his next 'Pathan' and Salman Khan's cameo in the film.

To mark 30 years in Bollywood, superstar Shah Rukh Khan conducted his first Instagram live session on Saturday evening and answered many fans' questions. During the 'AskSRK' interaction, the actor spoke about his upcoming film 'Pathaan', completing 30 years in showbiz and working with his 'brother' Salman Khan.

As a fan asked SRK about his experience of working with Salman, he said, "With Salman Khan, there is no working experience. There is only love experience, happy experiences, friendly experiences and brotherly experiences. So, it is amazing whenever I get to work with him. But the last 2 years have been fantastic, I got to be in his film. He came in 'Zero'. I will be in 'Tiger' also."

The actor added, "We haven't done a full-fledged film together apart from 'Karan Arjun', which also was not full-fledged as we were not together in it for too long. So, we get to work four-five days in a year sometimes. Last two years have been fantastic as I got to be in one of his films. I had a couple of days role with Kabir Khan. And he came in 'Zero' and did a song with me."

While concluding he said that Salman is like his family, indeed a brother. "We don't know who is the elder brother. Whoever makes a mistake, the other one is there," the 'Raees' actor said.

The actor also confirmed that the shoot of 'Pathaan' is done and the film is currently in the post-production stage. He also added that if the audience like 'Pathaan', he might turn it into a franchise.

SRK said, "I hope you guys like the film, we all have worked and are working really hard on it. If you guys love Pathaan, there will be Pathaan 2 too perhaps," while adding that he always wanted to star in a film like the Siddharth Anand directorial.

'Pathaan' stars Deepika Padukone opposite SRK. It also has John Abraham playing one of the primary roles in the film. Salman will make a cameo appearance in the film as RAW agent Tiger. This crossover will reportedly be YRF's first step in building spy verse. The film will hit the big screens in January next year.