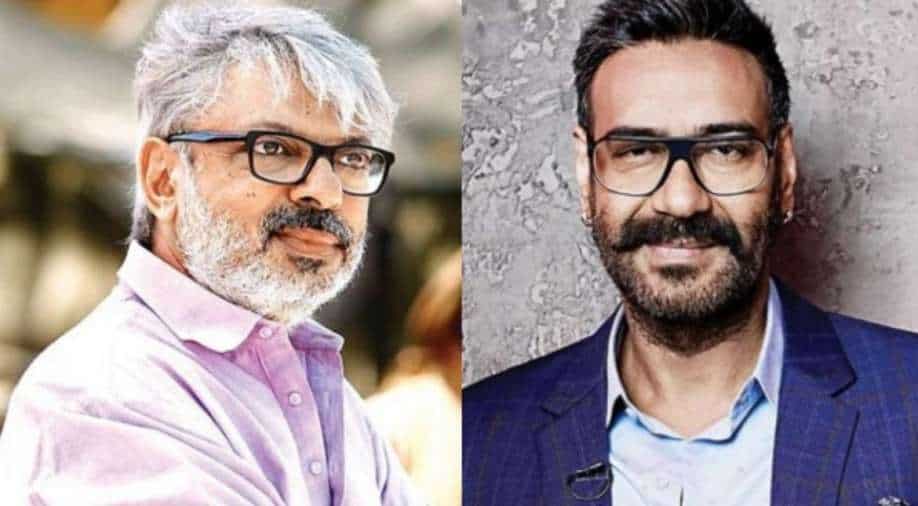 Meanwhile, Ajay Devgn had reportedly also been offered ‘Bajirao Mastani’ but he declined as he was then working on something similar -- ‘Tanhaji’.

After having seen them together in ‘Hum Dil De Chuke Sanam’, the duo will work on a project reportedly.

According to reports, Ajay Devgn is set to play a real-life underworld don in ‘Gangubai Kathiawadi’. It will albeit be a special cameo appearance instead of a full-fledged role.

The Sanjay Leela Bhansali production ‘Gangubai Kathiawadi’ will see Alia Bhatt don a new look as she plays a mafia queen -- owner of a brothel apparently. Check out posters here. This will be the first time that Alia will be seen in a Sanjay Leela Bhansali film. Before this, she was supposed to collaborate with the filmmaker on a film with Salman Khan, 'Inshallah'. That, however, could not materialise for either of them and has now been indefinitely shelved.

'Gangubai Kathiawadi' is bankrolled by Sanjay Leela Bhansali and Jayantilal Gada. The film is said to be based on a chapter of author Hussain Zaidi’s book 'Mafia Queens of Mumbai'.

Meanwhile, Ajay Devgn had reportedly also been offered ‘Bajirao Mastani’ but he declined as he was then working on something similar -- ‘Tanhaji’.

We can’t wait to watch Ajay Devgn being directed by Sanjay Leela Bhansali again, what about you?