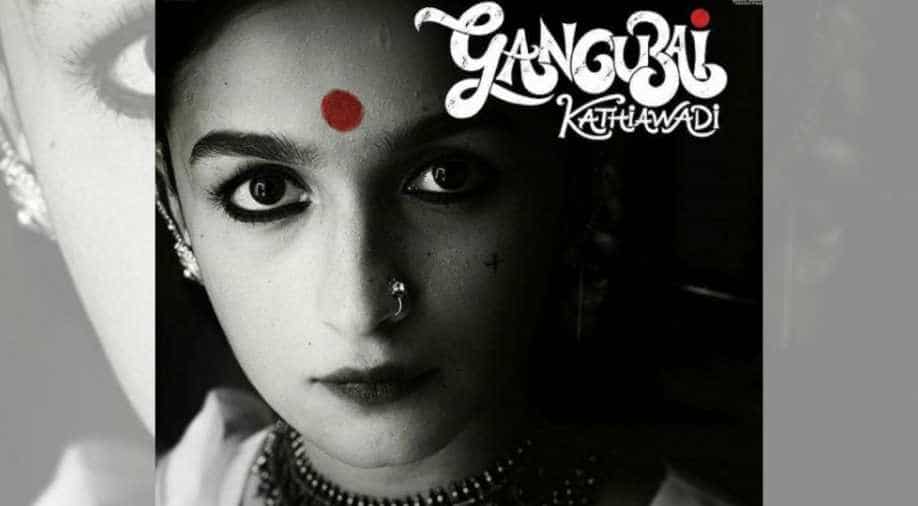 Alia Bhatt as and in Gangubai Kathiawadi Photograph:( Twitter )

Alia Bhatt will be seen for the first time in a Sanjay Leela Bhansali film in 'Gangubai Kathiawadi'.

Lo, behold as Alia Bhatt looks the right mix of fierce and coy in the first look released from her upcoming film 'Gangubai Kathiawadi'.

The Sanjay Leela Bhansali production will see Alia Bhatt don a new look as she plays a mafia queen -- owner of a brothel apparently. The posters shared by the makers as well as the lead heroine are sure to leave you breathless.

Yesterday, Alia had shared a glimpse from the film announcing that the first look will be out soon.

This will be the first time that Alia will be seen in a Sanjay Leela Bhansali film. Before this, she was supposed to collaborate with the filmmaker on a film with Salman Khan, 'Inshallah'. That, however, could not materialise for either of them and has now been indefinitely shelved.

As for 'Gangubai Kathiawadi', the Twitter handle of Bhansali Productions shared the posters with the caption:  “Strength. Power. Fear! One look, a thousand emotions. Presenting the first look of #GangubaiKathiawadi. In cinemas 11 September 2020.”

'Gangubai Kathiawadi' is bankrolled by Sanjay Leela Bhansali and Jayantilal Gada. The film is said to be based on a chapter of author Hussain Zaidi’s book 'Mafia Queens of Mumbai'.