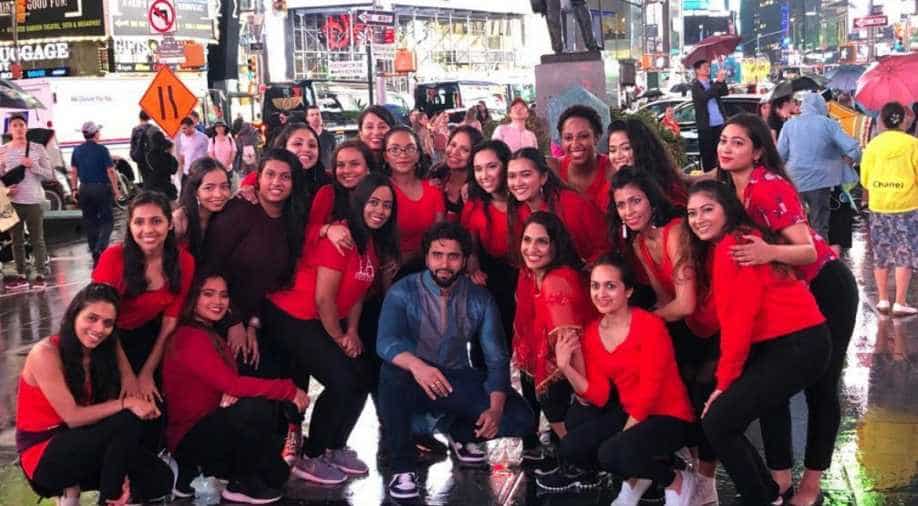 Group that danced on 'Choodiyan' at the Times Square Photograph:( WION Web Team )

On Gandhi Jayanti, October 2nd, New York’s Times Square lit up with music and beats as they performed to Bollywood Hindi song ‘Choodiyan’ with tourists from around the world enjoying dance and music.

The song originally picturised on actor-producer Jackky Bhagnani has become a favourite of-sorts for people who are preparing dance sequences for Indian festival Navratri that ends with Dussehra.

The flash mob was organised by a local group called BnB Dance Company who had been practising the song for Navratri. When they heard that Jackky was in town, they approached him to be part of the festivities. He agreed and what happened next was a gig with music, dance and lights in the middle of Times Square.

On the flash mob, the actor said, "To dance to Choodiyan in Times Square is a very special moment. To hear the beats in the middle of this iconic square is a memory that will stay with me for a long time. Despite the rain, these enthusiasts braved the chilly New York air to break a leg. It was a phenomenal feeling."

The song is sung by singer Dev Negi and choreographed by Mudassar Khan. The song ‘Choodiyan’ has been shot across picturesque locales in London.